Delhi Development Authority (DDA) is planning to re-allot the flats returned by the allottees of the 2014 housing scheme to 1,000 residents of Kathputli Colony. The residents, who were evicted from the slum settlement, may get new houses either in Rohini or Narela.

According to the recent notification of Maharashtra urban development body, now architects can self-certify and approve their own projects instead of rushing to the civic administration with their proposals. However, buildings that the can be self-approve are only ground-plus-one storey structures.

Real estate company Supertech has planned to invest about Rs 4,000 crore to develop low-cost homes. The firm has engaged consultants to raise about Rs 1,000 crore through external commercial borrowing (ECB) to fund the development of 40,000 affordable homes planned over the next four years, its Chairman R K Arora said.

Real estate developer Wave Infratech plans to surrender land worth over Rs 10,000 crore in Noida. The land was allotted to the developer in March 2011 in sectors 32 and 25A to build a mixed-land-use project. According to the Noida Authority, the company has made the application under the UP government's new Project Settlement Policy (PSP).
Tags: Real Estate, Delhi Development Authority, DDA, Video, Supertech 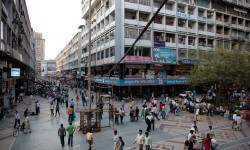 All You Need To Know About Dwarka Smart Sub-City Project