The odd-even road space rationale will not return to the national capital after the National Green Tribunal ordered its withdrawal. The Delhi government has said it will move the NGT on November 13, requesting a review of its order, and, if the exemptions are granted, the scheme's implementation will be considered. The scheme was to be implemented between November 13 and 17.

After a major rejig in the Goods and Services Tax, rates on over 200 items, ranging from chewing gum to chocolates to beauty products, wigs and wrist watches, were reduced to provide relief to consumers and businesses amid economic slowdown. As many as 178 items of daily use were shifted from the top tax bracket of 28 per cent to 18 per cent, while a uniform five per cent tax was prescribed for all restaurants, both air-conditioned and non-AC.

The draw for the Delhi Development Authority's new housing scheme, for which the urban body has received over 46,000 applications, would be held around the end of November. The Delhi Development Authority (DDA) is offering 12,000 flats across four income categories in Rohini, Dwarka, Narela, Vasant Kunj, Jasola, Pitampura, Paschim Vihar and Siraspur.

The Haryana State Industrial and Infrastructure Development Corporation (HSIIDC) will auction 100 acres of land from the parcel allocated for the Global City project. In the first phase, the HSIIDC will put 20 acres adjoining the Dwarka Expressway for sale. 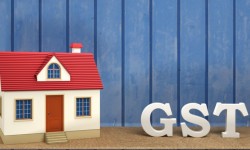