The Haryana government has released the draft of the new Land Pooling Policy 2017. The draft is available online until July 21 to seek suggestions and objections from people and institutions. The proposed policy talks about voluntary and consensual land pooling, where the development agency pays landowners by giving them a part of the developed land, but no monetary compensation.

More than 10 railway stations in the country will turn smart in a few years as a part of the Central government redevelopment plan. The stations -Tirupati, Sarai Rohilla (in Delhi), Nellore, Puducherry, Madgaon, Lucknow, Gomtinagar, Kota, Thane (New) and Ernakulam. These stations will be redeveloped with iconic architecture and modern state-of-the-art facilities, passenger lounges and congestion-free non-conflicting entry and exit to station premises.

After some of the roofs and staircases of homes in Chilakapeta, Thompson Street and Kobbari Thota collapsed, the Greater Visakhapatnam Municipal Corporation (GVMC) has urged the residents to vacate these dilapidated houses. The GVMC has asked the residents to move to a new place for few months and the corporation will construct new housing complexes for them, replacing the old ones.

In a relief to more than 3.5 lakh residents living in more than 2,500 dilapidated and illegal constructions in Thane, Maharashtra Chief Minister Devendra Fadnavis has approved the regulation to reconstruct the city by implementing the urban renewal scheme. The nod comes three weeks after the Bombay high court cleared the decks for cluster redevelopment in Mumbai suburbs, Thane and Navi Mumbai. 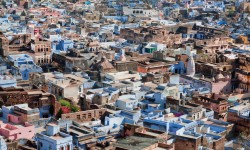 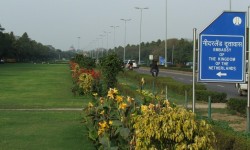