Some good news for home buyers. Anyone who has got a home loan sanctioned after January 1 and has less than Rs 18 lakh annual income, will now be eligible for an interest subsidy of 3-4 per cent. This benefit can also be availed for acquisition/ construction of a new house including repurchase. Moreover, flats measuring up to 960 sq ft and 1,184 sq ft will be eligible for three and four per cent interest subsidy, respectively, for the specified income group.

The Modi government has initiated a never-before land census exercise to gauge how much property government of India owns. The all-India stock-taking, initiated after a written directive from Prime Minister's Office, would help the government understand the net worth of property in its name, land under encroachment and any property that could be better used for extra bucks under rent money.

Gurgaon deputy commissioner Hardeep Singh has constituted a seven-member sub-committee of Allottee Grievance Redressal Forum (AGRF), in a move that is aimed at fast disposal of complaints and continuous monitoring of residential projects for their timely completion. The decision was taken following a large number of complaints, mostly related to delay in possession and violation of bilateral agreements.

India's largest realty firm DLF reported a 46 per cent decline in its consolidated net profit at Rs 98.14 crore for the quarter ended December on lower sales and higher finance cost. Its net profit stood at Rs 182.11 crore in the year-ago period, the company said in a regulatory filing. Centre Proposes Social Security System; Benefits To Be Rolled Out In Phases 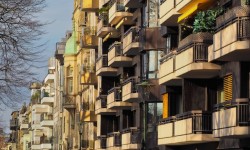