The Hubli-Dharwad Municipal Corporation in Karnataka has decided to set up a Construction & Demolition Waste Processing Plant, the first of its kind in the state and second in the country, at Shivalli village in Hubli. The proposed unit will be set up in collaboration with the department of mines and geology at a cost of Rs 5.87 crore. The first such plant in the country was started in Burari, New Delhi. Read more

The Noida Authority has warned allottees that their lease deeds will be cancelled if they fail to construct on their vacant plots within the stipulated time. Taking note of lack of maintenance at the vacant plots, the Noida Authority issued a public notice on Wednesday warning the allottees that possession would be taken back and lease deeds cancelled if corrective action was not taken immediately. Officials have been asked to conduct inspections across the city to identify the allottees who have failed to construct on their plots without a valid reason. Read more

Andhra Pradesh chief minister Chandrababu Naidu will launch a mega housing scheme at Jakkampudi in Vijayawada today. About six lakh houses will be built across the state under the ambitious "Housing For All" scheme. Earlier, the state government had proposed to build four lakh houses but later revised it to six lakh in the view of the increased demand. Read more

Becoming a tiny house homeowner in the United States of America is now as easy as tapping away at an iPad. Blu Homes, a California-based prefab home manufacturer, has launched a new line of micro houses that shoppers can customize on an app and get delivered to their property in a matter of months. With the cost starting at $2.5 lakh depending on the logistics of delivery, installation, and the user's design modifications, the homes are cozy, easy to manage, and have a small environmental footprint. Read more 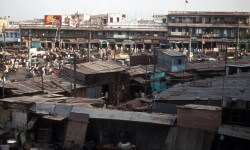