The National Highways Authority of India (NHAI) has started the land acquisition process for the 195-km-long Super Expressway.  The six-lane expressway will reduce the distance between the two cities by around 40 km. It will branch out from Delhi-Gurgaon Expressway near the Kherki Daula toll plaza in Gurgaon and pass through seven districts before terminating in Jaipur.

A group of Rohini residents met Delhi Development Authority (DDA) Vice-Chairman Udai Pratap Singh on Monday to register their protest against the move to rehabilitate families evicted from Kathputli Colony in their locality. They said if DDA decides to go ahead with its plan, all residents will surrender their flats, which were allotted to them under the 2014 housing scheme.

A memorandum of understanding (MoU) has been signed in the presence of Minister of Urban Development M Venkaiah Naidu and the visiting Vice-Prime Minister and Minister of Housing and Lands of Mauritius to develop a social housing project worth Rs 150 crore in Mauritius. State-owned National Building Construction Corporation (NBCC) will undertake the construction of 700 duplex-type houses with 50 square meter net floor area with two bedrooms, living and dining rooms, kitchen, bathrooms and toilets each in next 18 months.

The Pune Metropolitan Regional Development Authority (PMRDA) has decided to train developers and architects, seeking building permissions, in properly drafting proposals and submitting them in the prescribed format.With many proposals falling short of the requisite data and being rejected, the PMRDA will conduct the training programme throughout the year in batches. 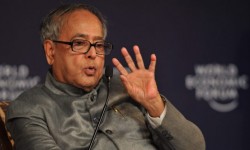 #WeeklyRealtyNewsRoundup: Circle Rates Hike In Noida To Be Restricted To Premium Areas