In a first, the western state of Maharashtra has formed a conciliation panel under the Real Estate (Regulation & Development) Act, 2016. The panel, which will have members from the developer community and the consumer forums, will help disputing parties sort out issues before they reach the state Real Estate Regulatory Authority. It is only after the panel fails to reach out a solution the disputing parties will be able to approach the state RERA.

The Uttar Pradesh Real Estate Regulatory Authority has ordered an audit to find out the construction status and financial position of 13 projects being carried out by developer Amrapali in Noida and Greater Noida. The 13 projects together have about 35,000 housing units. The audit was ordered by the state authority after the Greater Noida Industrial Development Authority complained that the company was unwilling to share status of its financial position.

Heavy rains may lash Mumbai once again. According to the Indian Meteorological Department, entire Maharashtra will witness heavy rainfall in the coming two days. In light of the report, the Brihanmumbai Municipal Corporation has issued a warning to citizens of Mumbai, telling them to stay alert till September 21. The municipal body was earlier reprimanded for not alerting citizens about rains that ran riot in recently, killing several people.

In a move to speed up the divestment process of the state-owned carrier, the Central government will directly sell some of the land belonging to Air India. Properties that may be sold directly by the Centre include a four-acre land parcel at Delhi's Baba Kharak Singh Marg and another property at Vasant Vihar. 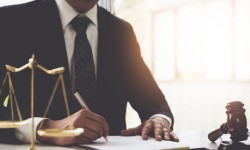