Maharashtra is soon going to set up a Rs 2,000-crore Maharashtra Affordable Housing Development Corporation to achieve the target of constructing 20 lakh tenements by 2022 under the Pradhan Mantri Awas Yojna.

The Thane Municipal Corporation (TMC) is likely to start designing micro development plans (DP) for each of the eight cluster stretches identified in the city for implementing the redevelopment project to ensure a planned zone with all amenities. The TMC has also floated bids for hiring the panel of experts to carry out the planning.

***
The Haryana Real Estate Regulatory Authority's portal may get operational over the next two-three months. The portal will also have a system to grade developers based on their service, product and timely deliveries. This grading will also have a component of homebuyers' review of the developers.

Ultra Homes, an Amrapali Group company, has gone in for insolvency resolution. Earlier, Bank of Baroda had moved the National Company Law Tribunal to recover its dues from the company. 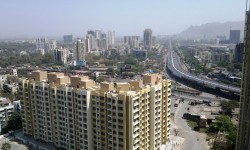 Buying Property In Thane? More Than 900 Projects Are Up For Grabs