The Maharashtra Housing and Area Development Authority (MHADA) will build 60-storeys and taller skyscrapers for middle- and-high-income groups in the heart of the island city. These towers will come up in the next decade as part of the housing board's ongoing BDD chawl redevelopment in central Mumbai.

The Mhalunge town planning scheme, spread over 719 acres of land, is likely to be approved in November, the Pune Metropolitan Regional Development Authority (PMRDA) said. With 100 per cent participation from stakeholders, it would be the first model in the state for which draft development plan will be directly approved by the metropolitan commissioner and not by the state government.

The Housing and Urban Affairs Ministry is seeking protection for homebuyers hit by insolvency action against developers as it is not satisfied with the amendments notified recently. The ministry has taken up the issue with the finance and corporate affairs ministries, and is expecting that interests of homebuyers would be fully protected.

Billionaire chairman of Dabur Group Anand C Burman is in the process of purchasing a bungalow in New Delhi's upmarket Jor Bagh area for Rs 120 crore.  He is buying the 11,840-sq-ft bungalow from a Kolkata-based industrialist. With Rs 7,700 crore annual consolidated revenue, Dabur ranks among the country's top-five fast-moving consumer goods companies. How To Buy A MHADA Flat? 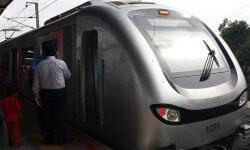 #RealtyNewsRoundup: Mumbai Metro To Use Salt Pan Land For Phase-VI