The Union government is seeking help from architects to redesign its construction permits system after the World Bank placed India among the bottom five out of 190 countries on the ease of doing business parameter. The Department of Industrial Policy and Promotion (DIPP) has asked more than 100 architects to help the government identify the problem areas. The World Bank pointed out that India had not managed to shift online its construction permit system which entails more than 29 sets of procedures.

The Airports Authority of India has written to the Jaipur Development Authority to put a cap on the construction of multi-storied buildings in the 500-feet area around the airport. The civic body will make relevant changes in the building bylaws and forward the matter to the state government for approval. There are three high-rises near the airport.

The Delhi Urban Shelter Improvement Board recently approved a proposal to construct 6,178 flats for economically weaker section (EWS) in Bhalaswa, Lajpat Nagar, Mangolpuri, Dev Nagar, and Ambedkar Nagar at a cost of Rs 886 crore. The board has also approved four new shelters for urban homeless under National Urban Livelihood Mission (NULM) at Dwarka, Geeta Colony, Rohini and Nangloi which will accommodate 72 families and 1,200 homeless people.

The Jharkhand government plans to tweak the land rules to help investors get land for longer periods in the state. Under the revised plans, to help investors set up their businesses in the state, the government has come up with the idea of providing permanent land to these industries unlike the previous practice of leasing out the piece of land. As per the new policy, the industrial houses would also be able to lease out their permanent land to third parties. 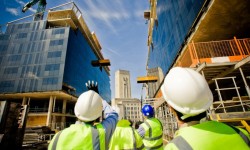 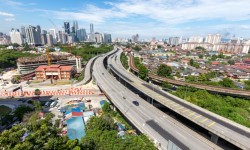 Consider These Localities For Ready-To-Move Units In Delhi