#RealtyNewsRoundUp: Real Estate May Be Brought Under GST Soon

The all-powerful Goods and Services Tax (GST) Council on January 18 cut tax rate on 29 goods, including second-hand vehicles, confectionery and bio-diesel, while veering around to simplifying return filing process for businesses. Also, tax rate on 54 categories of services, including certain job works, tailoring services and admission to theme parks, have been lowered. The panel at its next meeting might also consider bringing under the purview of the GST items such as petroleum and real estate, Finance Minister Arun Jaitley said.

The Delhi Assembly's special committee on municipal corporations on January 18 asked all the three civic commissioners to submit details of the collection and utilisation of conversation charges and parking fees. The move comes two days after Speaker Ram Niwas Goel referred various contentious issues, including an ongoing sealing drive by the civic bodies, to the special committee of the House. Since last month, the three Bharatiya Janata Party-led municipal corporations have been sealing commercial establishments around the city for various reasons, including failure to pay conversion charges.

A major fire broke out at Navrang Studio inside Todi Mill Compound in south Mumbai's Lower Parel early on January 19, leaving a fireman injured, a senior fire brigade official said. Part of the studio, which was shut years ago, was gutted in the blaze. The building, in which the studio was located was dilapidated and unoccupied, the official said. The studio is only a few hundred metres away from the Kamala Mills compound, where a massive blaze on December 29 killed 14 persons.

The Delhi High Court on January 18 observed that an irreparable loss had as been caused to the students of Class 10 and Class 12 who, along with their families, were displaced from Delhi's Kathputli Colony and moved to transit camps following a demolition drive. The HC warned the authorities that if a demolition drive was done at a crucial time when students' exams were approaching in the future, the court would take stringent action. "This is an irreparable loss to the students. There are several students in classes 10 and 12 who have been displaced," the HC said. Love Marble As Building Material? It Just Got Cheaper 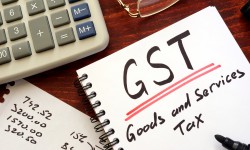 At The Stroke Of The Midnight GST Comes To Force