Homebuyers of Greater Noida West (Noida Extension) met Union home minister Rajnath Singh, who assured them that irrespective of the result of the Uttar Pradesh polls, the Real Estate (Regulation and Development) Act, 2016 (RERA) would not be allowed to be diluted in the state.

Calling for a comprehensive solution to address the menace of unapproved layouts and indiscriminate conversion of farmlands into housing plots, the Madras High Court has refused to vacate its order imposing a blanket ban on the registration of unapproved layouts in Tamil Nadu. The matter has been posted to February 27.

After passing a bill to regularize around 30,000 illegal constructions across the state, the Himachal Pradesh government is gearing up to regularize illegal encroachments on government land. The state government, which has decided to submit an interim policy to the high court, says it intends to give relief to small and marginal farmers who have constructed their houses on government land or occupied it due to some compulsion. 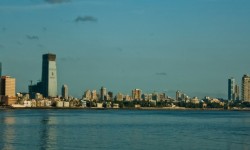 Buying A Home in Maharashtra? Know Why May Is A Good Month For You