#RealtyNewsRoundup: With Eyes On Funds For Smart Cities, Venkaiah Naidu Headed To Germany

Urban Development Minister M Venkaiah Naidu will attend a three-day conference on Smart City Mission starting today in Berlin, Germany, to promote investment in the urban sector. Three Indian cities will be developed as smart cities in collaboration with Germany, and Naidu will hold detailed talks with his German counterpart on the roadmap for developing Bhubaneswar (Odisha), Kochi (Kerala) and Coimbatore (Tamil Nadu). Meanwhile, five companies, including a Spanish firm, have shown keen interest in executing and implementing the smart city project in Jaipur. Read more

If you are staying in Bengaluru and haven't paid the property tax yet, here's good news. The city civic administration is likely to extend the five per cent rebate on property tax till the end of June. Citizens ran into a web of confusion on computing property tax after the city municipal corporation rejigged the tax zones by shuffling some wards by a couple of notches this year. Thousands of citizens couldn't — and, in some cases, didn't — pay taxes either due to a website glitch or in hopeful wait for clarity on restructuring of zones. Read more

The world's first functional 3D printed office building opened in Dubai recently. The project, which passed the stability tests both in the United Kingdom and China, has been constructed by a Chinese company. The company created the one-storey building spread over 250 square metres by placing layers of specially made cement with a 3D printer in 17 days at a cost of $140,000. Read more 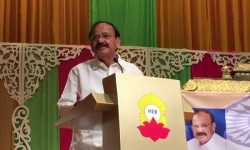