Vijay Mallya's Kingfisher Villa in Goa, which has been up for sale for long now, was finally bought by actor-businessman Sachiin Joshi on April 8. He bought the property for a whopping Rs 73 crore. The property has finally been sold after three failed attempts by a consortium of 17 banks led by State Bank of India. The property was first auctioned in March 2016 for a reserve price of Rs 150 crore, this price was later brought down in the second auction to Rs 135 crore in August, and to Rs 115 crore in December. Later, the property price was set at Rs 103 crore. The property is spread over an area of three acres and is located at Candolim.

Mallya has been a willful defaulter and is wanted for defaulting in payment of loans related to Kingfisher Airlines. He owes Rs 9,000 crore to the lenders.

Among the assets and objects that have been put up for auction include Kingfisher House in Mumbai, Mallya's personal jet, Kingfisher Villa in Goa, Mallya's bathrobe, cars, office furniture and Kingfisher Airlines' trademarks and brands, including the famous 'Kingfisher' logo.

Are you going to Goa for a vacation? Don't forget to add one more attraction to your itinerary — Kingfisher Villa, which was once UB Group chief Vijay Mallya's party den. In the past few days, hundreds of visitors have flocked to the lavish address to catch a glimpse of how a billionaire home looks like.

Spread over three acres, the Rs 90-crore villa, which has now been taken over by State Bank of India (SBI), is located in Candolim on the way to Fort Aguada. 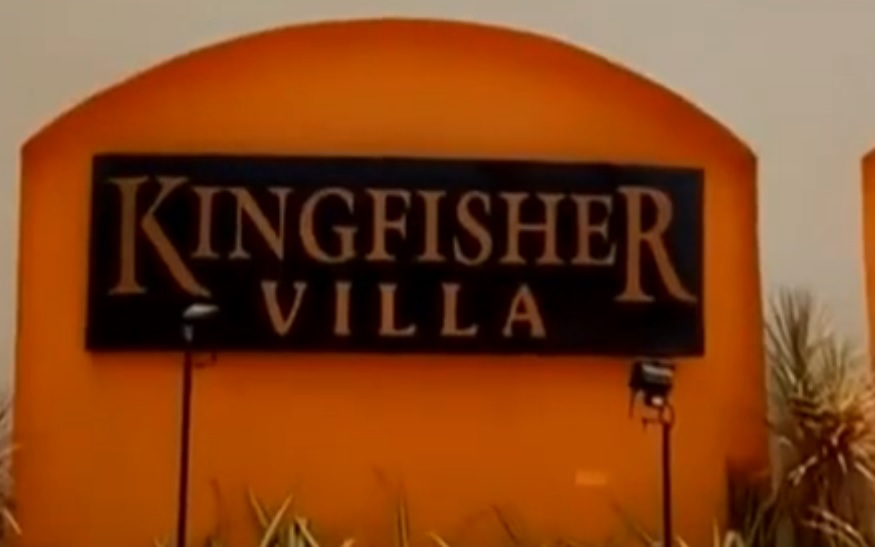 Designed in a typical Goan style and linked to a beach, the gigantic gates of the villa are lined with precious metals.

The villa has three big bedrooms and a huge living room. It is said that each corner of the mansion has been decorated by the business tycoon himself! With hand-crafted teakwood furniture and a fancy home theatre system in place, the living room is the cynosure of the villa.

Towards the end of the villa, an apartment-sized room facing the sea is Mallya's master bedroom.

Trimmed lawns studded with imported plants lead to a private golf course. Adjacent to the lawn are swimming pools, where Mallya used to throw the most-talked-about pool parties, with Bollywood heartthrobs and super models in attendance.

In his heyday, the dance floor used to double up as a helipad, so that Mallya could directly fly into his castle. The mansion was a witness to his very famous 60th birthday bash.

Vijay Mallya's fascination for cars is known. And you can witness it in the close to 20 cars that are still parked on the villa premises; his signature 'Red Ferrari' today is gathering dust in the garage. Every inch of the villa oozes ostentatious display of wealth.

Villa on the block

According to SBI sources, the sale of the villa includes its antique interiors and close to a dozen luxury cars, too.

The tony Kingfisher Villa has been a silent witness to the downward trajectory of Vijay Mallya from a billionaire to a defaulter.

The other Kingfisher Villa

You will be surprised to know that there also is another Kingfisher Villa in Goa. Linda Nabhan, along with her husband Ashok, runs a five-bedroom vacation home that they had named 'Kingfisher Villa' long before Mallya's villa came into existence. It has been over 15 years since they named their hotel, and they don't intend to change the name. The name was actually inspired by their previous boat business 'Kingfisher'.