These 5 Factors Can Make Swachh Bharat A Reality 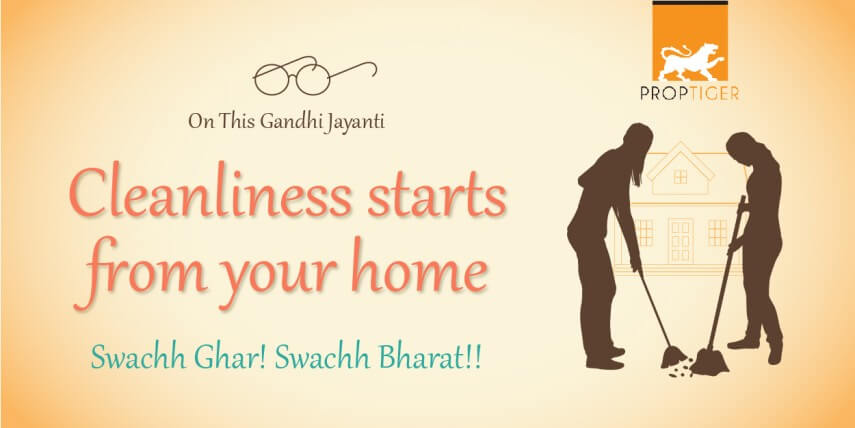 The whole campaign, which is expected to cost over Rs 62,000 crore, has indeed created a buzz towards a greater goal of improving people’s civic sense. (Infographic by Sandeep Bhatnagar)

Gandhi Jayanti, India marks the anniversary of Prime Minister Narendra Modi government's Swachh Bharat Abhiyan (Clean India Mission). The mission was launched by PM Modi last year with a vision of 'Clean India' by October 2, 2019. With an aim to sensitise the citizens, he kick-started the mission by cleaning the road using a broom. Moreover, PM Modi also nominated a number of famous and influential people to further publicise the mission.

The whole campaign, which is expected to cost over Rs 62,000 crore, has indeed created a buzz towards a greater goal of improving people's civic sense.

Here are five ways that can make the Clean India Mission a success:

Gandhiji was once asked, what he would do if he were to be the Viceroy of India for one day. He replied that he would spend the day cleaning the huts of the scavengers near the Viceroy's house. That was the message Gandhiji, who said his life was his message, passed onto us. PM Modi also noted, while launching the mission last year, that there can be no better tribute to the Mahatma than a clean India.

Amid all the euphoria, one cannot ignore the fact that as we celebrate the first anniversary of the Swachh Bharat Abhiyan, the national capital is the threat of dengue, a disease caused by mosquito bite. The mosquito, which carries the virus, is borne in stagnant water bodies and unclean surroundings. It is time we realised that the issue has a direct impact on our health and life.
As they say, cleanliness must begin from home. We should ensure that our home and surroundings are clean. This will ensure that diseases are kept at bay.

With many citizens participating in the campaign, a refreshing outlook of the country was seen, especially on social media, where citizens posted 'before and after cleaning' pictures of public places.

The Ugly Indian, a civic group, recently posted an 'ugliness quiz' on their Facebook page. It posted a picture of an unoccupied building in Indira Nagar, Bengaluru, and asked the followers to spot five signs of ugly Indian behaviour on it. One could see litter and garbage on the corners, paan stains on lower portion of the wall, posters, urine stain and so on - undeniable signs of ugly Indian behaviour! The group then went on to say that it took four residents and three hours to 'spot fix' the building and restore it to a neat and clean condition. As it often does, the group posted the before and after pictures of the building. What a refreshing sight! The group, which has more than 0.35 million followers on Facebook, has been a source of inspiration for many people to join the movement.
After the success of the Ugly Indian group, many such social media groups are coming up in various parts of the country.
In another initiative, recently, four economics students of Delhi University's (DU) Hindu College launched a hashtag (#) campaign called #CleanupDU. During this campaign, the students took brooms to clean the roads of the university and encouraged other students to participate.
Moreover, after PM Modi nominated nine famous personalities during the launch of the mission, we saw celebrities and politicians taking a lead in cleaning streets, beaches, government offices, and other public places.

The Indian population is moving to urban areas faster than ever. This year, the central government has launched some of country's biggest urban development plans such as the Smart City Mission and Atal Mission for Rejuvenation and Urban Transformation (AMRUT) mission. While dreaming of world-class cities in India, the government and the people of this country have to implement measures, which will ensure cleanliness in these cities, at the planning level itself.

Indians largely look down upon the job of cleaning and depend on certain strata of people for this. The aim should be to implement the I-factor rather than depending on others. Take a vow- “I will do this job!”