To Buyers' Benefit, RERA Will Cut Down New Launches As the real estate sector was largely unregulated, and what mattered most to developers was how quickly they were able to sell units in their projects, not many kept a tab on the number of projects they launched in a year. In fact, most of the developers used the launch numbers to boast of their success rate. This is going to change in future.

As the Real Estate (Regulation and Development) Act, 2016, comes into force force, real estate developers will have to divulge every small detail of their projects. According to the new legislation, developers will have to give a quarterly "up-to-date list of number and types of apartments or plots, as booked, the status of projects and project approvals".

When a developer is busy furnishing all these details with the authority, failing which he will have to face consequences as severe as licence cancellations, he would only bite what he can chew. Any carelessness in the sales process, too, would cost developers dear. “If any promoter provides false information or contravenes the provisions of Section 4 (which deals with application for registration of projects), he shall be liable to a penalty which may extend up to five per cent of the estimated cost of the real estate project, as determined by the authority,” reads Section 60 of the legislation.

Being under a constant scrutiny would not be the only reason why developers will not be able to go on which their launch spree. There will be monetary restrictions, too.

Section 13 (I) in the Act's third chapter say: “A promoter shall not accept a sum more than ten per cent of the cost of the apartment, plot, or building as the case may be, as an advance payment or an application fee.” Earlier, promoter did hinge their hopes on the advance booking amount to complete project.

The end result would be a huge cut in new launches. Also kept in mind should be the fact that it will not be possible for developers to launch new projects in states which have not yet appointed a Real Estate Regulatory Authority (RERA). This would be another reason for new launch figures to come down.

However, the law is expected to be the end of project delays and property frauds. In the property markets, it would be the survival of the fittest who will be able to perform under constant scrutiny; the laggards will certainly be weeded out. Once again, real estate will become a buyers' market, a simple economics trend which was being defied by the unprecedented rise of sellers. 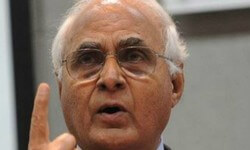 Why Govt Must Heed DLF Chief's Advice On RERA