Weekly #RealtyNewsRoundUp: Kolkata Home Buyers To Calculate Property Tax Amount On Their Own

According to a draft definition released by the Ministry of Environment and Forests, large tracts of Aravalis may not be classified as forests. The classification of forests will leave out scrub forests that have less than 10 per cent crown cover.  According to the draft notification, only dense forests with a crown cover greater than 10 per cent will be classified as forests. Read more.

In a relief to all those whose properties were damaged during Jat quota stir in February this year, the Haryana government has decided to provide 100 per cent rebate in property tax for residential, commercial, institutional and other properties in the state. The rebate, which would be given for a year, starts from April 2016. Read more 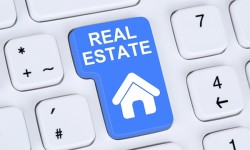