Here is good news for applicants of the Delhi Development Authority's (DDA's) Rohini Scheme of 1981. The DDA has proposed to relax an allotment norm which hinged on the size or nature of a plot or flat owned by the applicants. Earlier, applicants who individually or jointly owned plots or land sizing less than 65 square metres (sqm) were eligible for the allotment while those who owned a house or plot allotted by the DDA on an area of even less than 65sqm were not eligible.

In a bid to give a push to the repair or redevelopment of some 30,000 dilapidated buildings in the city, the Brihanmumbai Municipal Corporation (BMC) is coming out with a new policy. The new policy was aimed at ensuring more transparency in addressing the issues of old and dilapidated buildings and protecting the rights of tenants living in them, a senior civic official said.

Now, people refusing to pay environment compensation for causing air pollution would be slapped with an additional fine and served notices to appear before the National Green Tribunal. A Bench headed by NGT Chairperson Justice Swatanter Kumar has now asked the Delhi government to take strict action against those who violated its order on the burning of waste or generating dust emissions through construction activity.

President Ram Nath Kovind on November 23 cleared an ordinance amending the Indian Forest Act, omitting bamboo grown in non-forest areas from the definition of trees. With this move, it will become easier to fell or transport bamboo without having to take several go-aheads. Before the ordinance was issued, the definition of tree in the Act included palm, bamboo, brushwood and cane. 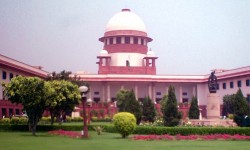