Following in the footsteps of its counterpart in Noida, the Greater Noida Industrial Development Authority (GNIDA) is considering outsourcing the tracking and monitoring of the ongoing and incomplete residential projects in the area to the private agency, Ernst & Young. The agency is already handling projects like solid waste management and street vending policy for the GNIDA for the past one year.

UP Chief Minister Yogi Adityanath has approved link roads to Ayodhya and Varanasi from the proposed 354-km Purvanchal Expressway that will start from Lucknow and end in the east tip of UP in Ghazipur. The UP Public Works Department will build a Link road to Ayodhya from the E-way near Faizabad so that pilgrims can reach Ayodhya from Lucknow in less than a couple of hours.

The Pune Municipal Corporation has formed a special environment committee to issue certificates. The announcement came after the state government made environment permission mandatory for constructions of above 5,000 square metres.

The 9.41-kilometre Dilshad Garden-New Bus Stand Metro line is likely to miss its March 2018 deadline because the project continues to be fraught with issues, ranging from paucity of funds to availability of land. According to the Delhi Metro Rail Corporation (DMRC), the cumulative effect of all these hurdles may result in the project missing its deadline.

The housing ministry has set up a panel to come up with a model to use construction cess to develop rental housing for construction workers. As much as Rs 20,000 crore collected as construction cess is lying unused with the government. The panel is likely to give the report within three months. 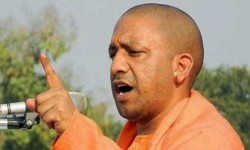 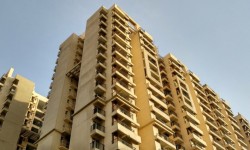 #RealtyNewsRoundup: Deliver Flats on Time Or Face The Music, UP CM Tells Builders