The Supreme Court has ordered the auction of Sahara's Aamby Valley property after the trouble-hit company failed to deposit Rs 300 crore to refund its investors.  The SC had in August 2012 ordered Sahara to repay over Rs 25,000 crore to investors after it found that two group companies - Sahara Real Estate and Sahara Housing - had illegally collected the sum from three crore investors.

The National Green Tribunal has directed the Bruhat Bengaluru Mahanagara Palike (BBMP) to withdraw a circular that reinterpreted the tribunal's order on the lake buffer zone. The move has left the construction industry in an utter state of confusion. Earlier, the BBMP has issued a circular stating that project plans that had been sanctioned before the NGT order would be exempt from its buffer zone ruling.

At a time when the Centre is working towards making India an open-defecation free nation by 2019 under its Swachh Bharat Mission, data by the housing ministry show over a crore households in urban areas don't have bathrooms.  Under the mission, the government has so far constructed 31.14 lakh individual toilets and 1.15 community toilets across the country.

The NITI Aayog will constitute a task force from various departments to examine the recommendations submitted by the land titling committee within two months. An action plan will be put out after studying the suggestions. Necessary amendments were being made for state and Central laws to implement land titling which would assure a citizen complete ownership.

According to media reports, the railways has decided to rehabilitate about 12 lakh slum dwellers occupying about 78 hectares of its land in Mumbai. These illegal occupants will be rehabilitated on the same land. Suresh Prabhu's ministry will be completing this task with the help of Maharashtra's Slum Rehabilitation Authority. Buying Property In Bangalore? Here is An Explainer on BBMP, BMRDA And BDA 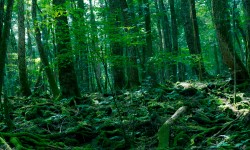 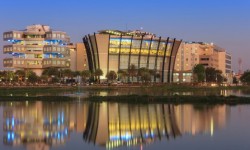 Investing In Bengaluru? These Are The Best Places To Park Your Money