#WeeklyRealtyNewsRoundup: Circle Rates Hike In Noida To Be Restricted To Premium Areas

Realty News Roundup is PropGuide's selection of top stories of the week from the real estate sector.
In a climbdown from its plan to hike circle rates in Noida, the district administration has now proposed that the increase would only be restricted premium areas of the city. District magistrate N P Singh said the increased rates wouldn't affect more than 5 per cent of the total number of new registrations, thereby not affecting the middle-class housing.
The National Green Tribunal cracked the whip on state-run National Buildings Construction Corporation (NBCC) and fined Rs 10 lakh for causing air pollution while carrying out redevelopment in East Kidwai Nagar in southwest Delhi. The green panel slammed NBCC for the release of pollutants into the air while carrying out construction work where two biggest hospitals — All India Institute of Medical Sciences and Safdarjung hospital — are located.
The Delhi government constituted a committee to review "discrepancies" in the circle rates in certain areas of the national capital. In this regard, the Revenue Department has sought public suggestions on the review of circle rates by August 16. The government's move comes after it received several complaints against the existing rates.
Haryana Urban Development Authority (Huda) has announced its urban group housing scheme for various income groups in the state. Under the policy, the members should not own any house, flat, plot in their own name or in the name of spouse or dependent children in the same urban estate. The group housing sites in various urban estates of Huda would be sold via e-auction.
To reduce the length of queues of flat aspirants at its headquarters, the Delhi Development Authority (DDA) has decided to keep the sale process of its next housing scheme fully online. According to recent reports, about 11,000 flats are to be offered under the Housing Scheme 2016, the sale process for which starts in December.
Tags: Delhi Development Authority, DDA, Video, National Buildings Construction Corporation, NBCC 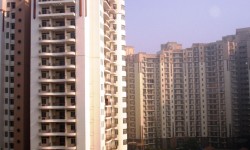 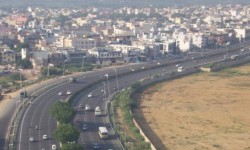