In the wake of people depositing their unaccounted old currency in someone else's bank account, the income tax department has decided to slap charges under the newly enforced Benami Transactions Act where violators can get a jail term of up to seven years. A countrywide operation has been initiated to identify suspect bank accounts where huge cash deposits have been made since demonetisation.

Delhi has finally got its Real Estate Regulatory Act rules. The Union urban development minister Venkaiah Naidu recently approved the rules and designated Delhi Development Authority vice-chairman Udai Pratap Singh as the interim regulator. The rules, which will be notified by the November 27, are same as notified by the ministry of housing and urban poverty alleviation on October 31.

The Mumbai Port Trust has told the Brihanmumbai Municipal Corporation that it does not want reservations imposed for affordable or low-cost housing on its properties because it has plans in place to resettle slum dwellers. One of the city's largest landowners, the trust controls 752 hectares of land along the eastern seafront.

Amid protests, the Jharkhand government finally managed to pass the Chotanagpur Tenancy (CNT) and Santhal Pargana Tenancy (SPT) Act amendment bill 2016 through voice vote. The revised law will allow the transfer of agriculture land, owned by tribals, and put it for non-agricultural use, besides allowing the government to take possession of the land for state development projects. 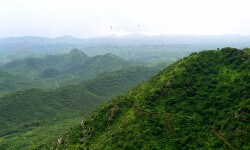 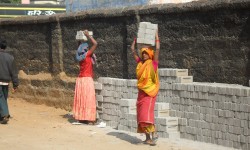 How Govt Plans To Increase Property Ownership Among Rural Women