Is Aadhaar Mandatory For Property Purchase? No doubts remain with regard to the validity of the government’s biometric identity project — the Supreme Court in September 2018 upheld the Constitutional validity of Aadhaar, marking the end of a long-drawn battle against the Centre’s ambitious project, which is also the world's largest biometric identity database. However, the top court struck down or read down or scrapped several key provisions of the law — the Aadhaar (Targeted Delivery of Financial and Other Subsidies, Benefits and Services) Act, 2016 — in order to protect individual privacy and arrest misuse of the 12-digit identity card, in a win of sorts for those who challenged the legal validity of the biometric identity proof.

Now, you do not need an Aadhaar card to open a bank account or to buy a SIM card or to get your salary account activated in case of a private job or to get your pension, since the five-judge Constitutional Bench led by Chief Justice of India Deepak Misra struck down Section 57 of the Act that enabled private entities, including telecommunication operators and financial institutions, to access your biometric Aadhaar data to provide services. Aadhaar would also not be required to get admissions in schools or for appearing in CBSE, NEET, JEE, UGC examinations.

Crediting the law for providing 'dignity to the marginalised', the top court, however, ruled that Aadhaar would be required to avail of services under government welfare schemes — this is not true of state welfare schemes. It would also be needed, to file tax returns and getting a Permanent Account Number (PAN) card.

In light of the SC verdict, where do homebuyers stand?

Beyond any doubt, Aadhaar is being widely used by buyers as a proof of identity and address in their home purchase-process at all points — there are over 1.2 billion Aadhaar card holders in India. Since the apex court has upheld the Constitutional validity of the 12-digit number, Aadhaar would continue to be used as a valid proof of identity and address while carrying out property transactions. However, would it be mandatory at some juncture?

The answer is, yes.

In case you are seeking a home loan, a bank might not ask for your Aadhaar number to issue you the loan — since private entities are prohibited from doing so. However, you will certainly need the 12-digit number if you are availing of the loan under a government scheme, such as the Credit-Linked Subsidy Scheme (CLSS) under the Pradhan Mantri Awas Yojana (PMAY).

Also, as a standard practice, banks seek your PAN card details and income tax returns (ITRs) to provide the loan. Since Aadhaar is mandatory to get a PAN card as well as filing ITR, having this unique number would in a way become mandatory, to carry out property purchases. In case you are buying property insurance or home loan insurance, you will again have to use your PAN card, which would mean providing your Aadhaar details.

Aadhaar is accepted as a identity proof for property registration and land mutation. However, no provision in the law makes it binding on the buyer to provide his unique identification number for these purposes. This was made clear by the Delhi government in November 2019 in its submission to the apex court with regard to the matter.

"Aadhaar is one of the documents, which executants of conveyance deeds are required to submit as proof of identity for registration of properties. However, the same, as on date is only an optional requirement," it said.

"Similarly, for mutation of land, Aadhaar is again used as one of the identity proof documents. It if further mentioned that production of Aadhaar is not a mandatory requirement for registration of property documents, as there is no such provision in the Registration Act, 1908," the Delhi government said.

The Delhi High Court has sought responses from the Centre, the Delhi government and the UIDAI, to a plea that states that the linking of movable and immovable property documents with citizens’ Aadhaar numbers, would be instrumental in fighting corruption. If the verdict goes in favour of the petition, Aadhaar  would become mandatory to register property. 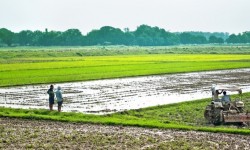 All You Need To Know About Pattadar Passbook 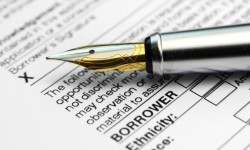 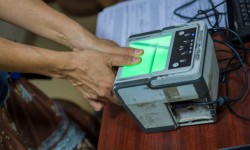 Buyers In Maharashtra Can Now Use Aadhaar For Property Registration