ECB Norms To Be Relaxed; PMAY Builders And Buyers To Benefit 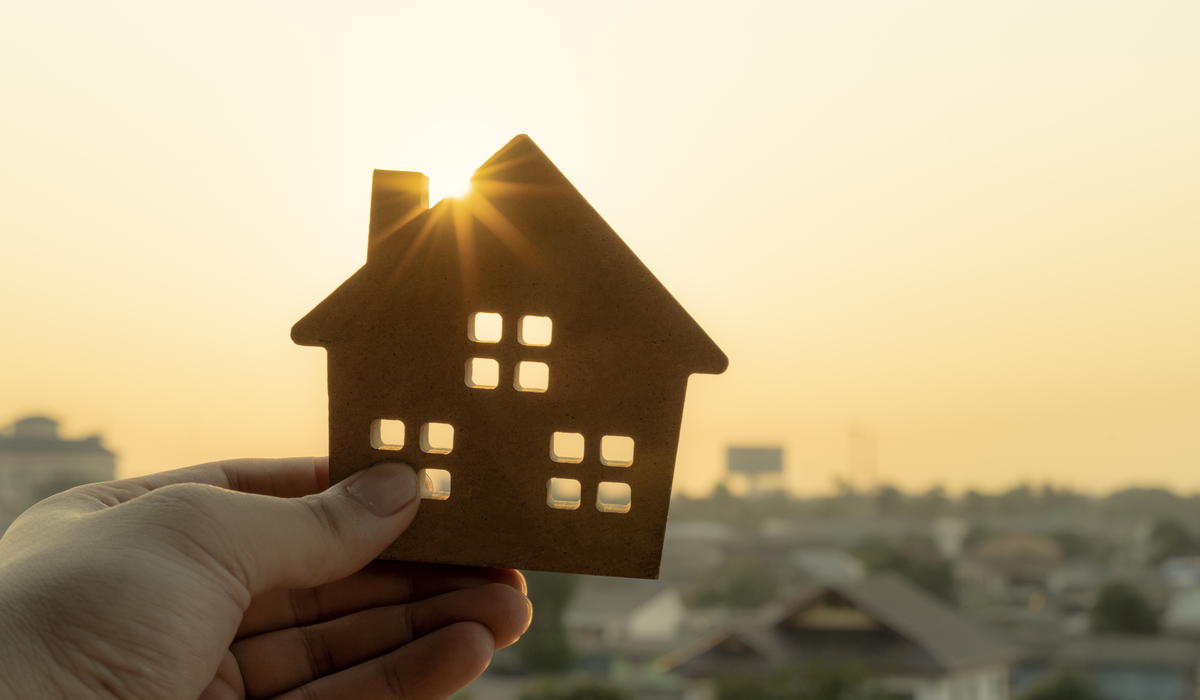 Amidst other policy briefings, finance minister Nirmala Sitharaman on September 14, 2019, rolled out some good news for affordable home builders and buyers. Government funds to the tune of Rs 10,000 crores will be made available for affordable and mid-segment projects that are battling a liquidity crunch. However, she also said that the funds will be extended to those projects that do not have any pending cases under the National Company Law Tribunal (NCLT) or Non Performing Assets (NPA) cases. This will act as a last-mile funding for housing projects that are stuck.

Apart from this, guidelines for External Commercial Borrowings (ECB) will also be relaxed to help PMAY homebuyers. This will also greatly help builders who are looking at funds from overseas investors. All of this will be done in consultation with the Reserve Bank of India.

Progress of PMAY (U)

So far, 88.16 lakh units have been sanctioned while 51.46 lakh have been grounded for construction. Government data also show that of the completed units, 26.49 lakh units have been completed over the last four years while 24 lakh homes have been occupied. For this, central assistance of Rs 52,212 crore has been released. The overall investment is estimated at Rs 5,19,999 crore, official data show.

Speaking at a conference on August 20, 2019, housing minister Hardeep Singh Puri said all the 1.12 crore units would be sanctioned by March 2020. While the target was of one crore units, demand for 12 lakh more units surfaced, pushing up the target.

In a bid to develop homes within schedule, the authorities will now try their hand at technology.

Technology has helped the mission sizeably and the centre intends to utilise it to the fullest. About 6,368 units and amenities to be provided therewith, will be developed using six alternate technologies that will be suitable to the geo-climatic conditions of the sites. Request for Proposals (RFPs) have already been published on July 5, 2019 and a meeting in this regard is scheduled for July 29.

The agencies that complete the construction of these model units within the deadline (12 months), will be incentivised with a reward of USD 20,000 each. They will also be called for other opportunities in the future. "These LHPs (light house projects) are envisaged to build an eco-system for the adoption of innovative technologies in the housing construction sector, in a holistic manner and support further research and development in the construction sector," states a circular.

In a fresh development, the Union Housing and Urban Affairs Ministry has launched the 'Angikaar campaign'. The attempt is to bring Pradhan Mantri Awas Yojana (PMAY-U) beneficiaries within the fold of central schemes such as the Ujjwala for gas connections and Ayushman Bharat scheme which ensures health insurance for eligible families. The Angikaar campaign will start from October 2, 2019, in a phased manner and will get over by December 10, 2019. The campaign will include door-to-door activities, ward, and city-level events."

Union Minister Hardeep Singh Puri said that the scheme is now transitioning from Pradhan Mantri Awas Yojana to a more comprehensive, Parivar Yojana. "A whole composite, including Ujjwala for LPG connection, water conservation, tree plantation, solar and waste management will be made available to the PMAY-U beneficiaries," he said. This applies to the 26 lakh completed houses.

Housing for All by 2022: Progress so far

Priority for victims of flood and cyclone

Maharashtra's Housing Ministry has sent a proposal to the Chief Minister's Office (CMO), to provide homes to flood-affected families in western Maharashtra. Areas like Kolhapur and Sangli, are amongst the worst affected. Over four lakh people have been displaced in a week's time, in August 2019, in floods. Similarly, in Odisha the state government has urged authorities to identify victims of cyclone Fani and provide them with homes under the PMAY.

Benefits under the PMAY scheme for MIG buyers

The Centre has approved the enhancement of the carpet area of houses meant for the middle-income group (MIG) category under the (PMAY-U).

For the new developments refer to the table below:

So far, the government has made modifications to the size of these dwelling units twice.

"Housing for All by 2022 has taken a huge leap forward, thanks to the increase in the unit size of MIG houses under the Credit-Linked Subsidy Scheme. The average middle-class buyer in smaller towns and cities, will now be able to afford bigger and better-quality homes," says Confederation of Real Estate Developers' Associations of India (CREDAI) president, Jaxay Shah.

According to Farshid Cooper, managing director, Spenta Corporation, “This is a welcome move by the government and will incentivise more people in Tier-II and Tier-III towns, to purchase homes while still being able to avail of the interest benefits under the PMAY. Over time, this decision will result in increased demand in Tier-II and Tier-III towns."

Under the PMAY-U, the Housing and Urban Affairs Ministry is implementing the Credit-Linked Subsidy Scheme for the middle-income group.

Financial and industry experts have pointed out that PMAY–linked loans have been one of the main drivers of home loan growth, registering as much as 20 per cent year-on-year growth. Most of these beneficiaries are those earning Rs 6 lakhs to Rs 18 lakhs, annually.

However, till early 2019, only 3.4 lakh applicants have availed of subsidised loans, despite the fact that those with an annual income of up to Rs 18 lakhs per annum are entitled to a credit-linked subsidy of up to Rs 6 lakhs.

In order to reach out to more prospective beneficiaries, the government is keen on changing the process of applying for a home under the scheme. The government may tap into your income tax data, to see who is eligible for a PMAY unit. A certificate issued by the Income Tax Department, will be enough for one to avail of a subsidised bank loan, without having to stand in queues at bank branches. This could be a fool-proof way to check a prospective beneficiary’s eligibility.

In 2017, the PMAY was widened, to include the country's middle-class home buyers. However, numbers with the housing ministry suggest that so far, only 27,000 beneficiaries have availed of the benefits. The target was to reach out to 50,000 beneficiaries in 2017-18.

States, where the response to the scheme has been comparatively better, are Maharashtra, Gujarat, Karnataka, Uttar Pradesh and Andhra Pradesh, in that order.

Measures needed for the improvement of the PMAY scheme

Lack of awareness could be one of the prime factors that have led to the PMAY-U not becoming popular among India's middle class. A slump in the real estate sector, could be another reason why the scheme did not get the response it was expected to. A strict eligibility criteria has also played spoilsport. For example, those with a pucca house anywhere in India, cannot apply under this scheme.

Amrit Abhijat, joint secretary in the ministry and the mission director of the PMAY, says: “With awareness increasing and the infrastructure in place, we expect many more people from the middle-income category to avail of benefits under the PMAY.”

While units are being sanctioned now, there is still a need for higher funds, to speed up the allotment process. "A significant increase in the planned spending under the PMAY, is likely to result in a notable pick-up in execution, since funding availability was a constraint in the past," says Shubham Jain, vice-president and real estate head at ICRA.

In addition to this, banks too have been delaying disbursements, admits the government. As per reports, the government has received complaints regarding delay in sanctioning and disbursing loans to applicants under the Credit-Linked Subsidy Scheme (CLSS). A government representative claims that the situation is being reviewed and that nodal agencies will take up these issues. Banks do undergo a sensitisation programme, prior to the implementation of the scheme.

Guidelines pertaining to the PMAY scheme mention social auditing an important component. Based on feedback of beneficiaries and stakeholders, the audit “helps to measure, understand, report and improve the mission’s social and ethical performance." It is, therefore, a participatory monitoring exercise to assess the progress of the PMAY. Unfortunately, only seven states – Andhra Pradesh, Gujarat, Jharkhand, Kerala, Uttarakhand, Mizoram and Manipur – have submitted their plans for social audit of their projects. The government gives full financial help to states to conduct the social audit. In states that have expressed interest by submitting a plan, half the funds have already been granted. In February 2019, a new application was launched for PMAY beneficiaries. Available on the Playstore, the app allows beneficiaries to capture and upload high-resolution photographs and videos of completed houses, along with their families. These pictures would then be scrutinised at state and Central levels. Selected beneficiaries from the states and union territories would be awarded and invited as special guests for the anniversary celebration of PMAY (U). One can also post video clips.

Reviews on the Playstore, however, reveal that these beneficiaries would like more process-related information and capabilities through the app. These include ease of generating online applications, tracking the status of applications and loans, an EMI calculator, grievance redressal, etc.

Given the popularity of the scheme, there is no dearth of fraudsters who have surfaced. Recently the authorities unearthed a scam that was going on in Jagatsinghpur, Odisha. As per reports, surveyors, field-level officials were found guilty of documenting false information on the construction of PMAY units. The scheme incentivises families and the incentives are rolled out on the basis of progress in construction. For example, those who complete construction of their units within four months can claim Rs 20,000 as rewards while those who do so in six months could claim Rs 10,000. Now, show cause notice has been served to surveyors because 12 beneficiaries were picked for incentives to the tune of Rs 20,000 without the completion of their project. 4 Factors That Can Help You Decide Your Home Loan Tenure