About 60 per cent of Mumbai's population lives in slums.   (Wikipedia)

The Dharavi redevelopment project has passed a milestone with Dubai-based Seclink Technology Corporation (STC) bagging the tender to change the face of this 600-acre landscape, counted among the largest slums in Asia. The United Arab Emirates’ Royal family will be backing the project, say media reports.

Last year, the Maharashtra government invited tenders for the project, after which two companies were shortlisted to take up Dharavi redevelopment. The Dubai-based firm outbid Indian conglomerate Adani to win the tender for a redevelopment project that has been in pipeline for past 15 years – the plan first surfaced in February 2004.

STC, which is a special purpose vehicle founded by four people who have their roots in India, plans to complete the project in nine years — work on the project may start as early as next month.  When the company is done with the project, everyone living in the slum will have a house with 350 square-foot of carpet area, along with additional compensation.

The builder, a startup that came into inception only in 2017, will use 200 acre for rehabilitating the slum dwellers and building commercial units and another 100 acres for large garden. The remaining 300 acre will be used for constructing sale buildings and commercial complexes. STC would rope in other developers to sell the projects meant for sale of residential and commercial purposes. The areas along the Sion-Mahim stretch would be used for rehabilitation purpose while the area towards the Bandra-Kurla Complex side would be used for developing commercial structures.

While STC winning the bid and funding to redevelop the project is a landmark, the company will have to clear many a hurdles before it is able to complete the project. Many earlier attempts to redevelop Dharavi have been booed by the dwellers, resulting in them falling part.

What is behind all the resistance from the slum dwellers who are currently living in absolutely filthy surroundings? The answer is the large-scale informal businesses that thrive in the dingy, dirty and super narrow alleys of Dharavi.

Estimates by several unofficial sources peg the scale of small businesses running in Dharavi, which have created an informal economy, have an annual turnover of $1 billion and employ close to a million people. From potters to electricians, handicraft artists to garbage recyclers, Dharavi has them all. The market is in place, the buyers and sellers know one another, everything is running perfectly fine. This is how most of the slum dwellers look at what they call their home and business.

Salim Malik, 22, who runs a small bakery and tea stall set up by his father, Rehman Malik, is candid enough about it. “We don't mind the dirt. Most of us are born and raised up in the area. No matter how ugly it may look to the outsiders, it is home to us. In fact, it is more than that. A large part of those who live in Dharavi are uneducated people who will find it impossible to get a job if they have to leave the area. We don't want our small businesses ruined in the name of better housing. A house is just not enough.”

No wonder, at 18 million, about 60 per cent of the population of India's financial capital lives in slums and refuses to move towards better housing. Without addressing this concern, redevelopment projects—be it Dharavi or any other such slum—are bound to fail.

"People think of slums as places of static despair as depicted in films such as Slumdog Millionaire (referring to the Academy Award-winning film by Danny Boyle) … If one looks past the open drains and plastic sheets, one will see that slums are ecosystems buzzing with activity... Creating neat low-income housing estates will not work unless they allow for many of the messy economic and social activities that thrive in slums," Reuters quoted Sanjeev Sanyal, an economist-writer as saying. 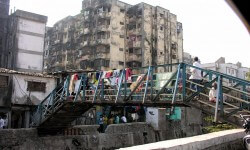 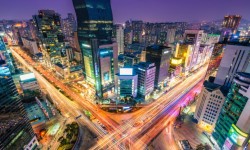 The Many Challenges India's Megacities Face