Why India Does Not Have Many Private Cities Like Lavasa 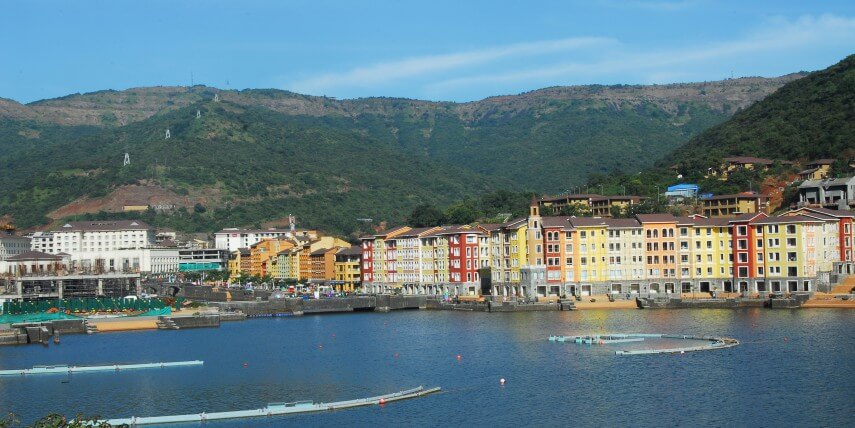 On January 12, Lavasa Corporation said it was delaying interest payments on debentures worth Rs 102 crore it earlier issued. This led to assumptions that the attempt to make India's first privately built city near Pune fully functional are bound to fail. The project is being run by Hindustan Construction Company. The company's attempt to build a private city may or may not succeed, but it is an important question why India does not have many such cities.

When economist Alex Tabarrok visited Gurgaon some years ago, he expected private corporations that owned office parks in the city to come together, negotiate and build civic infrastructure. He expected private corporations to build a unified efficient sewage system that does not pollute public places and to produce electricity efficiently, without polluting the environment. But, this has not happened yet. Why?

The reason is that firms found the transaction costs too high. This means that firms found it too expensive to negotiate with other firms to build private infrastructure like sewage systems, transportation networks, water supply and electricity plants. This does not mean that private corporations and real estate developers do not provide these services in Gurgaon. India's first privately built metro line is in Gurgaon. There is private sewage collection, privately produced electricity and water in Gurgaon. Private companies provide transportation services to its employees.

But, why were private firms unable to negotiate with one another?

Such disputes are barriers enough. But, there are possibly other constraints, too. For example, many corporations expect the government to provide these services at some point in time, possibly in the near future. When this happens, would investing in infrastructure be profitable?

If one large corporation owned large parcels of land, such disputes would not have emerged. Lavasa, for instance, is built on 23,000 acres. Tatas, for example, own large parcels of land in Jharkhand's Jamshedpur. Jamshedpur was such a huge success that its residents protested against the formation of a municipal corporation. Jamshedpur is, hence, the only Indian city with a population of over one million people which does not have a municipal corporation. The water supply, sewage systems and roads in Jamshedpur are among the best in the country. City roads are very clean. Sewage is treated in its entirety and this does not happen in any other Indian city. Water supply is again, nearly the best in India. Tatas acquired large parcels of land in the city in early 1900's.

What is preventing modern day corporations from doing so?

One major reason is that land acquisition, especially large-scale deals, is unusually difficult. Many laws that put an upper and lower ceiling on private holdings of land have made government a major land holder in Indian cities. This makes it difficult for private corporations to buy more contiguous land and build infrastructure. Weak private property rights also prevent private corporations from acquiring contiguous land from landholders like farmers.

Many scoff at cities like Gurgaon where public services are not as impressive as the success of the private sector. But, it is important to see how the relative ease in land acquisition has led to Gurgaon's private success. Jamshedpur's relative success, too, has many lessons to teach us.  If Lavasa turns out to be a success, such private cities may spread throughout the country.