Why India’s Affordable Suburbs Are Not Popular Just Yet?

That inherent human tendency which drives us to continuously look for personal spaces takes us far and wide—the very idea of owning a piece of our own in this whole wide world is purely divine. Some of the world’s biggest real estate developers cashed in on this human driver to write their rags-to-riches story, and made fortunes. But the crisis some of the world’s top property markets are currently staring at, India included, also vouches for the fact that builders may have over-estimated the driver. This misreading of the situation is largely responsible for affordable markets not being able to perform the way they were expected to. Close home, the situation is no better.

Long before the government decided to give affordable housing an industry status to make its dream of housing-for-all-by-2022 come true, and longer before it lowered the Goods and Services Tax rate on this housing segment to push demand, it gauged big cities won’t be able to cope with the pressure that the arrival of migrants caused on them. It started the process of opening up peripheries for future developments. Developers who had the skills to see the future were quick to sense the opportunity. Now, if you fast forward and look at where India’s affordable pockets stand currently, you could only wonder.

Data available with PropTiger.com show realtors in India’s nine major property markets are currently sitting on an over eight lakh inventory stock—these units are mostly located at these cities affordable pockets i.e. peripheries. Interestingly, this is its lowest in the past three years. Unsold housing stock is still the best-case scenario at a time when realtors who had bet heavily on the affordable housing market boom are on the verge of going insolvent. It is not a mere co-incidence that Amrapali, Jaypee and Unitech who invested heavily in Noida’s affordable property market are now close to bankruptcy.

People still want homes; the government is more assisting today than ever to make them have it; developers have created projects just to suit their budgets. In this perfect harmony, what could have wrong? Why don’t people want the affordable homes they are expected to want?

It may so have happened that affordability assumed a much greater importance in the minds of the planner than it actually had.

It is quite similar to what happened with Tata’s much-publicized Nano car project. The conglomerate hoped the small car that cost only a lakh would become India’s dream car. All its hopes were dashed, the project became a failure, and is now counted among the biggest business mistakes the group ever made. Affordability would not lure buyers to overlook the space crunch the car came along with.

In this respect, housing is different. One could find large spaces in affordable housing markets lying in the suburbs unlike city centres. The problem goes much deeper here.

Despite its best efforts, the government has not been able to make the country’s suburbs as self-reliant as they were expected to be. People still have to commute to the city centre in order to work and multitude of other reasons. There lies the root of the problem.

We can’t blame the planners were led to believe that the seekers of affordable property would invariably own a four-wheeler of commuting purposes since mass transit networks have been planned in these parts cities, too. However, these are still in the developing stages across the country and would take years before they are able to work their magic. As of now, those living in adjoining parts of Noida or Gurugram or Navi Mumbai have to completely rely on private transport for their travel needs. Much heartburn is also created by the fact that hours of one’s life are “wasted” in such travels, battling traffic jams.

The material cost of these travels is also not factored in while marketing housing projects in the peripheries.  By making a one-time bigger investment in localities close to the city centre, a resident can save themselves all those costs. The affordable suburbs are not affordable for buyers as yet.

Views expressed are the author’s own. 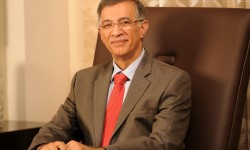 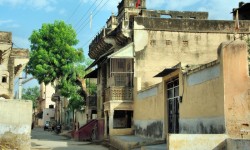 Why Housing Is More Affordable In Countries Where Productivity Is High