Construction quality is a very important parameter while deciding the value of a home. (Wikimedia)

A new study by the Asian Development Bank (ADB) says that “SEZs (special economic zones) can be a driving force for increased trade, investment, and economic reform in Asia at a time the region is experiencing a slowdown in trade, provided the right business environments and policies are put in place.” This is true to a great extent but there have been cases of SEZs not successful across the world. The track record of many SEZs in African countries and many developing countries is quite poor.

From 1995 to 2015, the number of SEZs in Asian countries have grown from 500 to 4,300. But, ADB points out, the success of the experiment has been negative and that if done well, SEZs can help the world recover from the present sluggishness in growth.

While it is better to reform existing cities than to create new SEZs, implementing radical reforms in an SEZ is much easier than in a large city. If the government plans to implement such reforms in, say, Delhi, it would involve time-consuming and costly negotiations among state government, local authorities, central government and various other stakeholders.

ADB also pointed out that the number of SEZs that were formed in Asian countries was positively correlated with the performance of the export sector in these countries. Successful SEZs like China's Shenzhen are export-oriented and implement policy measures that are economically informed reforms, and not concessions. In Asian countries, the existence of SEZs leads to 82 per cent from foreign direct investment (FDI). Many SEZs in Asia failed because of the lack of civic infrastructure, transportation network and lack of integration into the national policy.

ADB's findings are not unique. It has long been known that SEZs in Asian and African countries often failed because:

How Revival Of SEZs Will Push Real Estate Growth 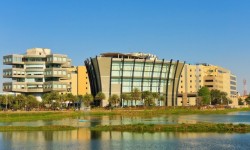 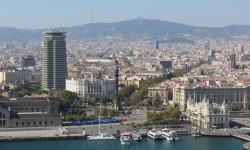