According to private lender HDFC, in 1995, housing prices were nearly 22 times the household income of the average homebuyer. By 2012, this had fallen to 4.6 times the household income of an average homebuyer. HDFC data are based on the information they have on home loan borrowers. This does not prove that housing has become more affordable throughout India. But this is a general trend found in many other studies throughout the world. We have every reason to believe that this is almost certainly true of India, too.

Things have actually improved and data do prove we might be living in the best of times. Today, when compared to 100 years ago, life expectancy is much higher and infant mortality is much lower, real wages are much higher, and almost every economic indicator has improved. But, most intellectuals refuse to believe this. Economist Bryan Caplan calls this “pessimistic bias”.

So, why have housing prices fallen?

The price of goods have a tendency to fall, year after year. People do not notice this because the nominal price of goods tend to rise, year after year. But this need not necessarily be so. In the United States, from 1750 to 1940, prices of goods fell, continuously. The value of money was largely tied to gold, and the government did not inflate the money supply much. Prices rose since then only because the central bank inflated the money supply.

In India, inflation of money supply is much greater than in the US. For example, in the past three decades, inflation in the US has been usually in the range of one to two per cent. But, in independent India, inflation was never below five per cent for long periods, except in the past two years, and from 1999 to 2006 when the Reserve Bank of India (RBI) was serious about lowering inflation. Is it surprising that the nominal value of houses today is much greater than it was in 1947? The rise in wages in the same period was much higher. It is true that the decline in housing prices would have been much greater if the government did not intervene much in the market. Nevertheless, it is a fact that there has been a decline.

Why? The capital invested in the economy has been rising for the past many decades. When capital investment rises, productivity rises because employers are able to buy machinery that is more advanced and recruit employees that are more skilled. Foreign investment also improves the management practices in companies. Even the regulatory framework tends to improve when societies become more prosperous, and when people become more educated, though this is not necessarily true.

In India, the regulatory framework has improved, especially in the past 35 years. When financial markets become more advanced, productivity rises even further. This is visible in every sphere of the economy. Housing is not an exception, though land-use policy, building height regulations, rent control and various other regulations prevent the benefits from percolating down to the housing sector. 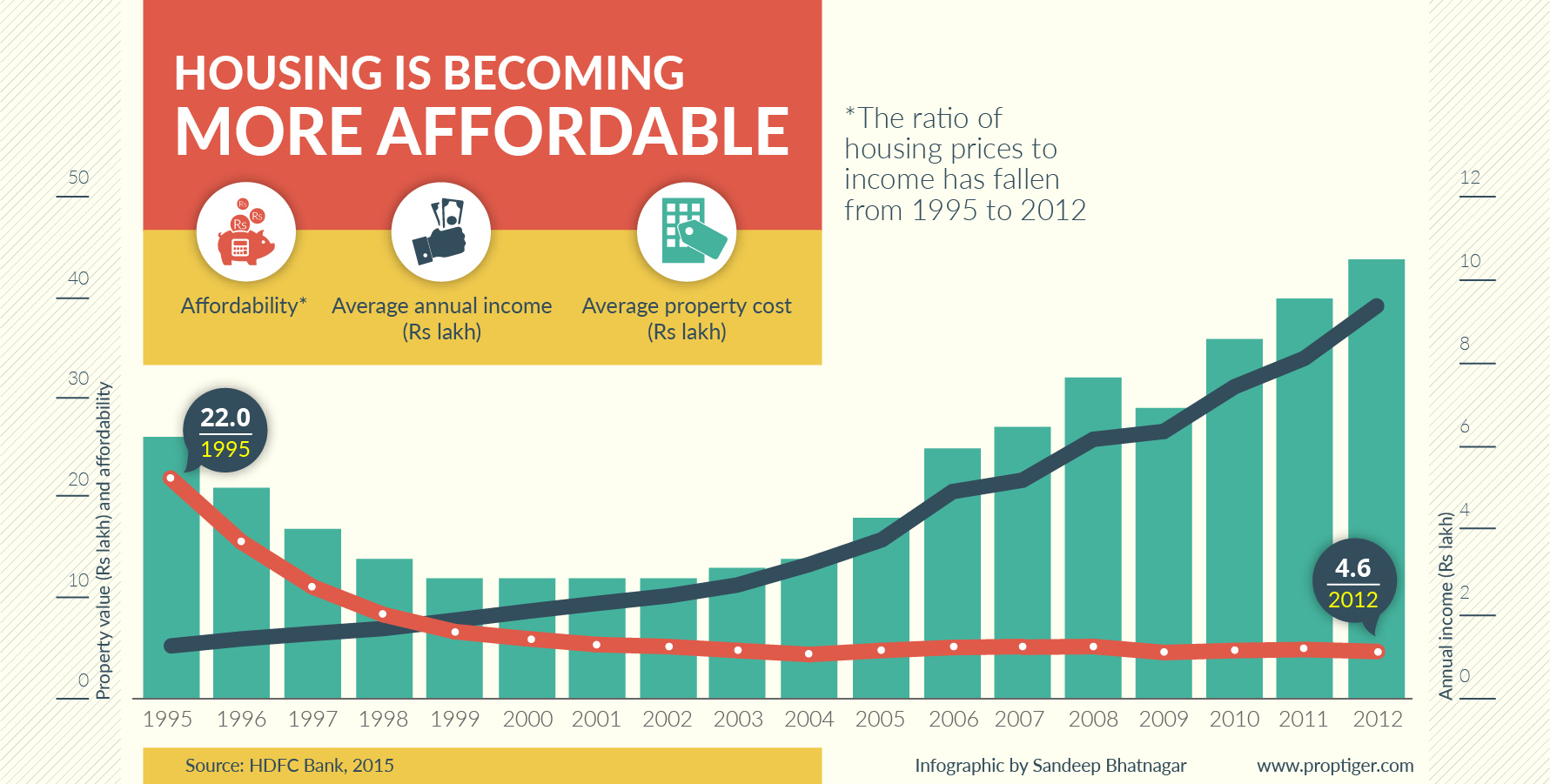