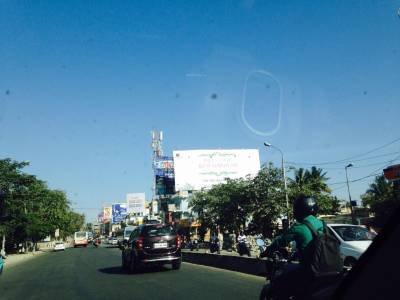 Krishnarajapuram or KR Puram is a suburb of Bangalore located in the eastern part of the city about 15 kilometres from the Bangalore city railway station. KR Puram is also the centre of operations of the Bangalore-East taluk and houses a large number of government offices. The 50-year old Indian Telephone Industries (ITI) is a major landmark in the area. KR Puram is also located close to the IT hubs of Whitefield and Marathahalli and is surrounded by Kuvempu Nagar, Dooravani Nagar, A pura, B pur...
Read More

Krishnarajapuram or KR Puram is a suburb of Bangalore located in the eastern part of the city about 15 kilometres from the Bangalore city railway station. KR Puram is also the centre of operations of the Bangalore-East taluk and houses a large number of government offices. The 50-year old Indian Telephone Industries (ITI) is a major landmark in the area. KR Puram is also located close to the IT hubs of Whitefield and Marathahalli and is surrounded by Kuvempu Nagar, Dooravani Nagar, A pura, B pura and Pai Layout. This fast growing locality of Bangalore is only 4 kilometres from ITPL.

Vengaiana Kere Lake is another major landmark in KR Puram. Apart from being a popular tourist spot, this lake now boasts of an adventure park called Fantasy Lagoon. The Yelemallappa Shetty Lake near Medahalli is one of the largest lakes in Bangalore situated just outside the eastern limits of KR Puram. The historic Mahabaleshwara and Rama Temple complex is also located just adjacent to the lake. The temples of Kashi Vishweshwara and Kote Venkataramana are also located in the area. KR Puram is also referred to as the Garden City Skyway Bridge. This bridge has a full length of 230 metres, with 180 metres supported by cable wires. Located on NH 4, it is also regarded as the busiest highway connecting Bangalore with Chennai.

KR Puram is located on National Highway 75, at the junction of the Outer Ring Road and Old Madras Road. It is about 3 kilometres from the Byappanahalli metro station. To offer commuters a smooth drive from International Airport to CBD, government has planned to improve and widen the Hebbal flyover and five important roads of the city - Ramana Maharshi Road from Mekhri Circle to Manor Junction, KR Puram between Benniganahalli and Flyover, Outer Ring Road between Silk Board Junction and deva Hospital Flyover, Junction towards Hebbal, Flyover and Bannerghatta Road between Dairy and Sagar Apollo Hospital. The National Highway Authority of India (NHAI) has proposed to build two, 6-lane elevated expressways that will help in easing traffic jams at the intersections of the highways. One expressway will connect Hosur Road flyover at the Central Silk Board Junction to Hebbal flyover on NH 7 and the other will connect KR Puram flyover to the Nelamangala flyover on NH 4. The expressway from Nelamangala and Krishnarajapuram will be 23 kilometres long. The Krishnarajapuram railway station is a junction on the Bangalore-Chennai main line, with one line from Guntakal joining the track into the station. A number of buses ply in KR Puram connecting the area to other parts of the city including Shivaji Nagar, Majestic, Ulsoor, ITPL, Kengeri, Silk Board, Marathahalli and Banashankari.

Due to proximity with major IT hubs and good connectivity to other parts of Bangalore city, the real estate market in KR Puram has been booming from the past few years. Its proximity to Whitefield, ITPL and the newly announced SEZ has contributed to the increasing prices of property in KR Puram. With the 6-lane Old Madras Road nearing completion and the Byappanahalli Metro Station located close by, the demand for residential properties in the area is expected to surge. Shakthi Builders Shakthi Fairmont, MC Builders Sarovar, Vaastu Structures Dew Flower and Group Turquoise are some of the lavish residential properties in KR Puram. The average price of an apartment in KR Puram is Rs 3,500 sq. ft. with unit sizes ranging from 695 sq. ft. to 3,405 sq. ft. There are 18 projects that are under construction and 9 are expected to get possession in 2014. KR Puram has emerged as a lucrative realty destination and is expected to witness an appreciation in future.

Property rates in KR Puram have risen by upto 35.4% in last 6 months.

Some of the recently launched projects in KR Puram, that you might be interested in, are Rachana, Enclave, Anjan Blossom.

Thank you for sharing your details!
We regret for currently not serving in Bangalore.
However we can share your details with the property agents on makaan.com