Elevators Are A Mass Transit System 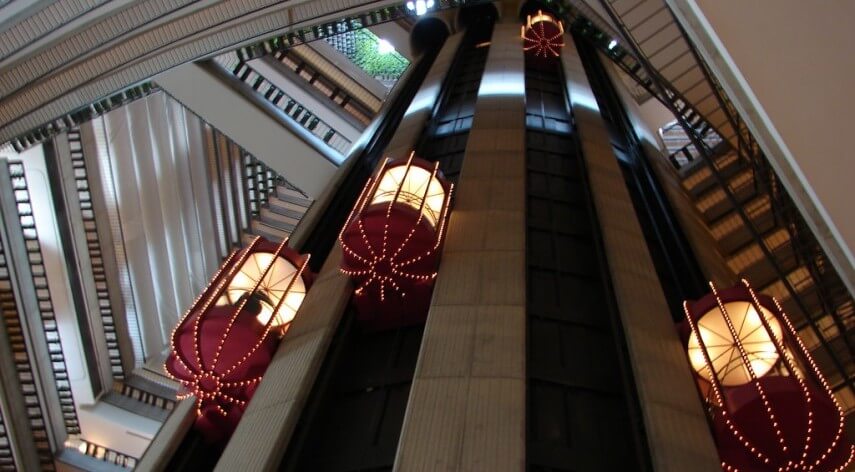 Long ago, it was hard to predict when an elevator might come crashing down. They no longer do, because in 1853 New York World's Fair, Elisha Otis stood on a platform and asked the axman to severe the rope which pulled it up. Elisha Otis did not fall down, because the elevator had a safety brake he invented. Elevators have been around for hundreds of years, but, before Otis invented the safety brake, they were not worth much.

Today's elevators are much faster, operate on electricity, and go much higher. And, it is these elevators that allowed architects to design and construction companies to build tall.

The elevator is not a luxury or a minor invention, as many assume. Without elevators, we would have been living in a world which is far more impoverished. It is important to remember that some of the early users of elevators were farmers who wanted to lift grains up from boats in rivers. Even if you do not use elevators every day, you are kept alive by many people who do. Firms would not have been able to afford central city real estate and benefit from proximity and economies of scale, if it were not the elevators.

When the Delhi government prevented cars from entering the roads on alternate days, depending on the ending digit of license plates, many pointed that Delhi does not have an efficient mass transit system. Delhi fares better than any other Indian city because it has one of the largest subway systems in the world. But the Delhi Metro, by no stretch of imagination, is enough to meet the needs of people.

If Delhi's buildings are tall, hundreds, or even thousands of people can live or work together in a building. Elevators do a fine job of carrying people up and down, especially in the summers.