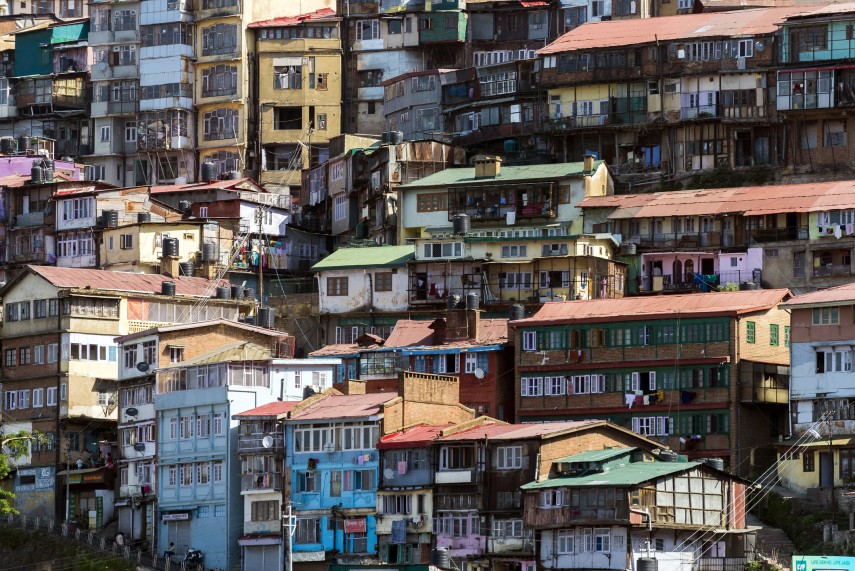 Finance Minister Arun Jaitley gave a big boost to Prime Minister Narendra Modi's Housing For All dream in his Union Budget 2017-18 Speech, by proposing infrastructure status to affordable housing projects. The finance minister went further and announced many steps that will boost investor sentiment in the affordable housing segment. Jaitley promised to complete one crore houses for the homeless and those living in kachcha house. The National Housing Bank (NHB) will also refinance the individual housing loans worth Rs. 20,000 crores. That is not all, Jaitley also increased the allocation for Pradhan Mantri Awas Yojana, (PMAY) for the rural sector from Rs. 20,075 crores to Rs. 29,043 crore.

Some of the other key announcements related to affordable housing are as follows: 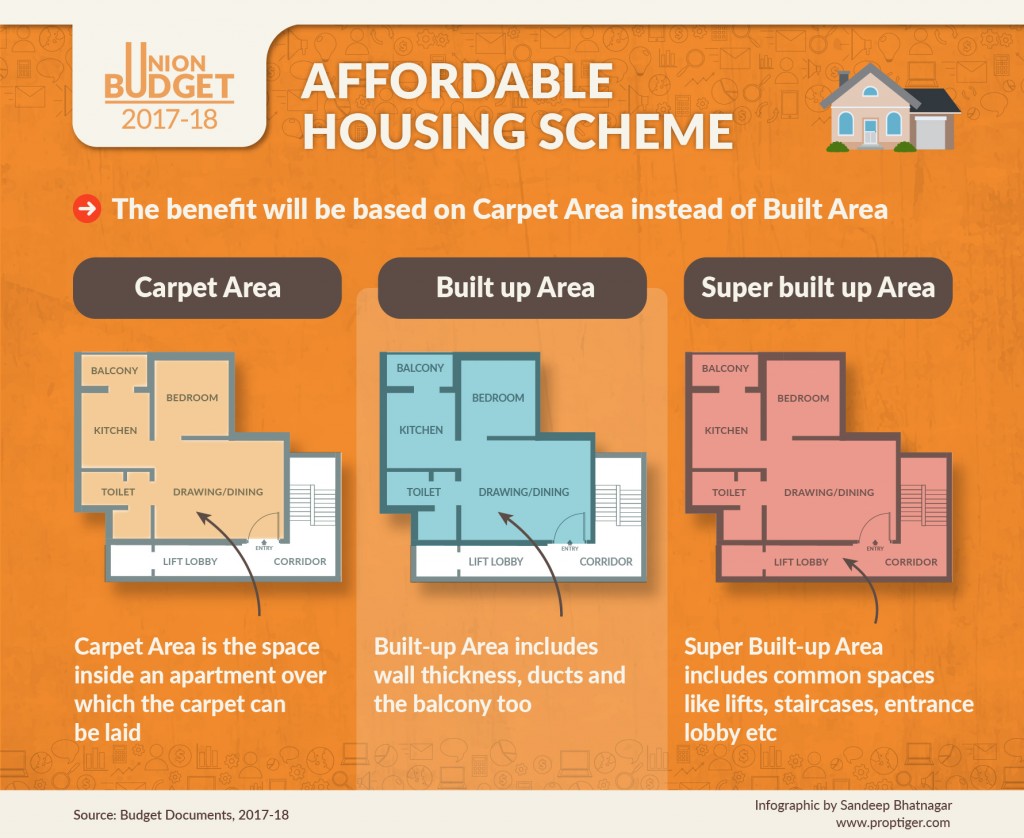 At present, houses which are unoccupied after getting a completion certificate are subject to tax at a notional rental income.

Anil Pharande, Chairman - Pharande Spaces says, “Project completion timelines for affordable residential projects have now been increased to 5 years, which comes as a relief to developers of such housing as it will allow them more time to sell their inventory.” 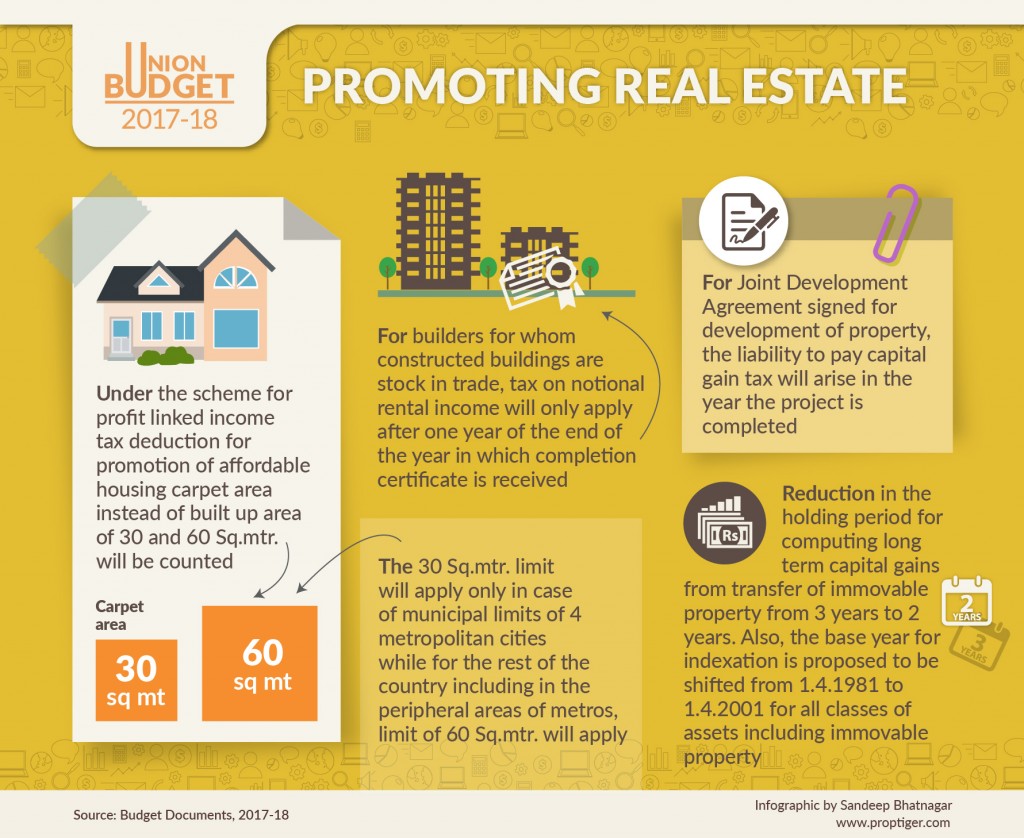 Meanwhile, Kishor Pate, CMD, Amit Enterprises Housing Ltd. Says, “This will mean cheaper loans for developers of budget housing and significantly boost the Government's target of Housing for All by 2022. The Affordable housing has seen a significant change in the Government's existing scheme, with the qualifying size requirements now changed from built-up area to carpet area of 30 sqm and 60 sq.m for projects within the municipal limits of the large 4 cities. On the all-important front of personal income tax, the existing tax rate for incomes between Rs 2.5 lakh to Rs 5 lakh has been reduced to five per cent, and taxpayers in other categories will also save Rs 12,500. This will definitely boost the overall consumption story. The total allocation for infrastructure is a whopping Rs 3,96,135 crores in 2017-18. This is very good news for the real estate sector, as the correlation of infrastructure with real estate growth is a well-established fact.”

The announcements were well received by investors. Stocks of real estate companies jumped soon after Jaitley's speech. By late afternoon, stocks of real estate major DLF Ltd were up 6.9 per cent, Godrej Properties Ltd 4.7 per cent, HDIL 4.5 per cent, Unitech Ltd 4.1 per cent, Oberoi Realty 3.5 per cent and Indiabulls Real Estate 2.7 per cent. The BSE Realty Index rose 4.2 per cent while the benchmark Sensex rose 1.02 per cent.