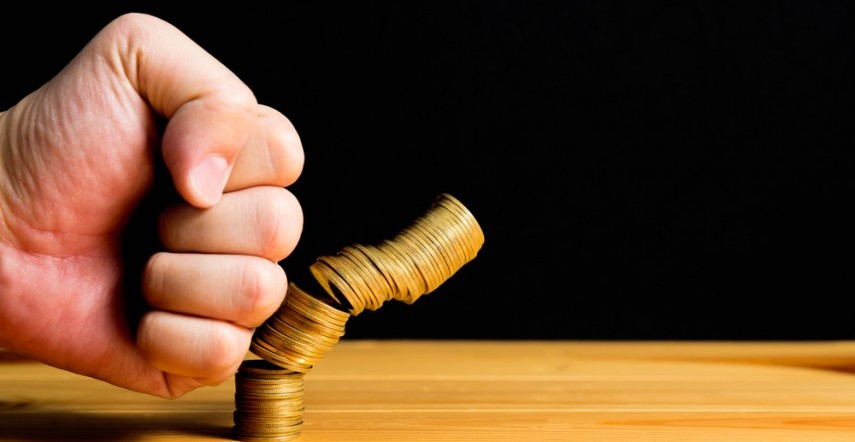 The Delhi High Court (HC), on October 26, 2020, refused to offer jailed Unitech MD Sanjay Chandra a blanket relief to physically appear at mediation centres, to settle disputes with homebuyers. Chandra, who has been lodged in Delhi’s Tihar jail since August 2017 over various alleged cases of defrauding buyers, had filed a plea in the HC, seeking permission to be produced physically at the Patiala House Courts Complex in the national capital, to participate in the mediation proceedings.

While refusing Chandra a blanket relief, stating that no such order could be passed, the HC, however, said his applications for the same could be considered by the courts concerned in accordance with the law, on a case-to-case basis.

Unitech's Stuck Projects Can be Completed in 4 Years: SC-Appointed Board

“A toddler learns his A,B,C's from a school. He grows up to be a top-notch executive working in a cyber park. He buys a house to flaunt his independence. He unwinds in a hotel and catches up with his friends in a clubhouse. He shops in a mall and takes his family to the nearby theme park. And finally, satisfied, he hangs up his shoes in his private villa. A common success story. Except that, Unitech had been a part of his journey all along.” (Sic).

So reads real estate company Unitech's 'philosophy' on its official website. But, the financial mess currently surrounding the embattled group seems to belie the “common success story” it once promised to script.

Some respite has come for homebuyers in the Unitech case, after a Supreme Court-appointed board suggested that 84 stuck projects of the embattled company could be completed in four years, by primarily utilising resources owned by the company. The panel also ruled out any winding up of Unitech. Parts of the estimated Rs 5,000 crore required for completing the stalled projects, proposed the board, could be raised from the centre's alternate investment fund (AIF) SWAMIH while parts could be raised through utilising additional FAR and disposing of land banks. Additionally, the board has also proposed that the Noida Authority waive around Rs 5,000 crore of interest penalty on delayed payments.

According to the board, the company’s total liabilities stand at over Rs 28,200 crore while its realisable assets are around Rs 3,700 crore.

The many twists and turns

The National Company Law Tribunal (NCLT), in February 2017, had suspended all the eight directors of Unitech, over allegations of mismanagement and siphoning of funds and authorised the centre to appoint 10 nominees on its board. This was the second time after the new Companies Act came into force that the centre had sought to take over the control of a private company – the first was the Jignesh Shah-led National Spot Exchange Ltd. Although the Supreme Court (SC) stayed the NCLT order and restrained the government and lower courts from taking up any coercive action, it rejected the bail plea of the company's promoters, Sanjay Chandra and Ajay Chandra, over their failure to deposit Rs 750 crores, to compensate about 16,300 homebuyers who have been waiting for homes, for years.

Before the SC accepted Sanjay Chandra's bail plea on July 7 this year on humanitarian grounds since both his parents tested Covid-10 positive, the Chandras have been lodged in Delhi’s Tihar Jail, as they have been unable to arrange for the entire bail money. All facilities that were extended to them earlier, to enable them to make arrangements for completing projects, have been withdrawn, because of their non-cooperation in an ongoing forensic audit. The top court, in December 2018, had asked for a forensic audit of the embattled real estate company, from 2006.

IITian Ramesh Chandra set up Unitech in 1971 with the aim of offering buyers all that was premium. Even today, you have to shell out crores of rupees for a resale unit in any of its completed projects in Chennai, Noida, Greater Noida, Gurgaon, Kolkata, Lucknow or Mohali.

A golden period for Unitech came in 2007-08, when the company was valued at Rs 1.43 lakh crore. It made a net profit of Rs 1,669 crore on a total revenue of Rs 4,280 crore. Its stock hit an all-time high of Rs 547 in January 2008. Amid the real estate boom of the time, the Unitech group, credited with building popular malls like Noida's The Great India Place, Delhi's Rohini Metro Walk and Gurgaon's The Couture and Gurgaon Central, went on to create a land bank of over 14,000 acres.

The mercurial rise of the group in those years could be gauged from the fact Ramesh Chandra and sons Sanjay and Ajay, with a net worth of Rs 30,000 crore, were ranked the seventh-richest in the Business Standard Billionaire Club, 2007.

Betting on its growth potential, Unitech made Millennium City Gurgaon its happy hunting ground, and set up the highest number of its residential projects here. Eight of its “sold-out” projects, 18 “completed projects” and 12 “current” projects are based in Gurgaon, informs the company website. Each unit in these projects is worth over Rs 1 crore.

When an economic slowdown hit the world in late 2008, India's real estate sector also took a blow. Among India's realty hotspots of the time, Gurgaon was one of the biggest casualties, show data available with PropTiger.com. By 2009, the depression facing the sector had capped the growth prospects of the country's major real estate players, including Unitech.

While trying to recover from the real estate turmoil, a successful venture in an unrelated field might have proved greener pastures. In March 2009, it closed its deal with Norway's Telenor to set up a joint venture telecom services company, Uninor, for the India market. But that venture hardly took off and,in fact, added to the pains.

Another jolt shook the group two years later, when Managing Director Sanjay Chandra was arrested in 2011 over his alleged involvement in the Rs 1.85 lakh-crore 2G spectrum scam and Uninor's licence was cancelled. A high-profile corporate divorce of Unitech and Telenor followed, and it was widely covered by the media through 2011 and 2012.

Things came to such a pass by 2016 that the Chandras had to go without salaries for several months, show company records. Today, the company is sitting on a debt of Rs 6,700 crore.

At close of BSE trading on December 15 this year, Unitech's shares were priced at Rs 6.6 apiece – what a fall from an all-time high of Rs 547! – and the listed company had a market value of Rs 1,725.66 crore. Today, the jailed MD is finding it hard to arrange even the bail money for his release from jail.

After the Delhi High Court rejected his bail plea in October this year, Sanjay Chandra moved the SC, challenging the order. The apex court has set a condition that Chandra would get a bail only if he was able to deposit Rs 750 crore by the end of December 2017. Chandra and his company have not been able to do so.

In January last year, Sanjay told the SC he had not been able to arrange the bail money crore because "buyers do not want to come to jail to meet me". "I have to recover money. These are amounts which I cannot recover because I am in jail. The court may consider granting custody parole for eight weeks," he said.

Following this, the SC on in November directed the Tihar Jail authorities to facilitate Chandra's meeting with his company officials and lawyers so that he could arrange the money, to be used for refunding homebuyers and completing the ongoing housing projects.

Arranging the sum through parleys with his trusted men and investors proved an uphill task for the Chandras, who, until less than a decade ago, were seen as a rising star among the India Inc captains.

How the story has unfolded in 2017

March 31: Sanjay Chandra, who had been out on bail in the 2G case, and brother Ajay were arrested by the Economic Offences Wing of the Delhi Police for allegedly duping homebuyers in a Gurgaon project.

October 20: Chandra was asked by the Supreme Court to deposit Rs 750 crore with it by December-end as a precondition for granting bail.

November 20: The SC directed Tihar jail authorities to facilitate Chandra's meeting with his company officials and lawyers to enable him to arrange money for refunding homebuyers and completing the ongoing housing projects.

December 8: The National Company Law Tribunal (NCLT) suspended all the eight directors of the company over allegations of mismanagement and siphoning of funds, and authorised the Centre to appoint 10 nominees on the board. The NCLT order had come after the Centre moved the panel with a view to protecting the interests of nearly 20,000 homebuyers.

December 13: The SC stayed the December 8 NCLT order allowing the Centre to take over the management of the embattled Unitech group. It said the government should not have moved the NCLT when the apex court was hearing the matter. The Court also said that no lower courts should take up any coercive action against the company chief for now.

MOUNTING TROUBLE IN THE MEANTIME

The Noida Authority has cancelled the allotment of a group housing property to crisis-hit realtor Unitech over non-payment of dues worth Rs 1,203 crore. The property concerned is located in Sector 113 where the real estate group had also come up with 17 towers without getting the map cleared by the authority, in violation of the Noida Building Regulation, 2010.  Unitech was served a notice on August 24, 2019 and multiple other notices prior to that, in which it was asked to clear the pending dues. The group is also accused of trying to have an agreement to sell 19,181.50 sq metre of land to Sethi Residents and GMA Developers, making them third-party, without seeking the authority's permission.

Offering major relief to 33 buyers, who have been waiting for their homes in Noida Sector 117-located Uniworld project since 2012, the National Consumer Disputes Redressal Commission (NCDRC) has directed Unitech to finish the work in nine months, and pay the hassled parties eight per cent compensation for the delayed period. The apex consumer panel also directed Unitech to pay Rs 50,000 as litigation cost to buyers.

The apex consumer panel asked the company to refund the amount within three months, deposited by D Rameshbabu and Swaroop Nandakumar in Unitech's Gurugram project, 'The Exquisite' Nirvana Country 2. It also directed Unitech to pay as compensation interest at 10 per cent per annum on the principal amount and Rs 25,000 as litigation cost. Nandkumar and Rameshbabu had booked a residential flat with Unitech in 2010 which was to be delivered by October, 2013.