Individual taxpayers, including the salaried class, pensioners and senior citizens, with a taxable income of Rs 5 lakh will be given full tax rebate. Peak tax for those in the higher salary bracket has been increased. Individuals with income between Rs 2 to 5 crores will have to pay tax at the rate of 39 per cent while individuals earning over Rs 5 crores, will have to pay an effective peak tax rate of 42.7 per cent.

Additionally, those withdrawing Rs 1 crore cash or more from the banks, will be levied a TDS (tax deducted at source) of two per cent.

For the realisation of the goal of Housing for All by 2022, the government in its last budget had provided a tax holiday to the developers. This year, the finance minister has proposed an additional interest deduction of up to Rs 1.5 lakh on a home loan of up to Rs 30 lakhs on home loans borrowed up to March 31, 2020. This move will take the total interest deduction to Rs 3.5 lakhs while translating to a benefit of Rs 7 lakhs for borrowers, for a 15 year period of home loan.

Under PMAY Gramin, Sitharaman informed that a total of 1.5 crore rural homes have been completed in the past five years and another 1.59 crore houses were proposed to be provided to eligible beneficiaries. These homes will have toilets, electricity and gas connection. For PMAY Urban, over 81 lakh houses with an investment of Rs 4.83 lakh crores had been sanctioned. Construction of 45 lakh such homes had already started while 24 lakh homes have been delivered to the beneficiaries. Of these, over 13 lakh homes have been constructed using new-age technology. These new-age technologies such as DBT, has also helped in reducing the time taken to construct a home under PMAY. While it took an average of 314 days to complete a house under PMAY in 2014-15, it is now taking an average of 114 days.

According to Sitharaman, over 9.64 crore toilets have been constructed since the launch of the mission on October 2, 2014. So far, over 6,000 villages and nearly 95 per cent of the cities have become open-defecation free (ODF). The finance minister in the budget, proposed to expand this mission and undertake solid waste management in every village. With the progress, the government plans to achieve its targets set under the Swachh Bharat mission by October 2019.

The government has prioritised providing safe drinking water to every citizen by 2024, under the Har Ghar Jal scheme. In her speech, Sitharaman said, "This new ministry will look at the management of our water resources and water supply in an integrated and holistic manner and will work with states to ensure Har Ghar Jal, to all rural households by 2024 under Jal Jeevan Mission." She also announced access to electricity to every household, by 2022.

“Several reforms would be undertaken to promote rental housing as the current rental laws are archaic and they do not address the lessor-lessee relationships fairly,” said Sitharaman. The Model Tenancy Law will be finalised and circulated to states, she added.

For the faster adoption of electric cars/vehicles, the finance minister proposes an upfront incentive when making a purchase. She also mentioned that the government has already moved the GST Council to lower the tax rate on electric vehicles from the existing 12 per cent to 5 per cent. In the budget, Sitharaman also proposed an additional income tax deduction of Rs 1.5 lakh to taxpayers purchasing an electric vehicle, to encourage more people to buy these environmentally friendly vehicles.

Railways infrastructure in India, according to Sitharaman, needs an investment of Rs 50 lakh crores till 2030. This can be done by using the model of public-private partnership (PPP).

She also focused on schemes such as Bharatmala, Sagarmala, freight corridors, industrial corridors, Pradhan Mantri Gram Sadak Yojana and UDAN that will be key in bridging the rural-urban divide and improve transport infrastructure.

She also promoted the idea of a PPP model in accelerating the development of suburban railways, the Regional Rapid Transit Systems and the Metro networks. According to Sitharaman, 657 kilometres of Metro route has become operational so far. In 2018-19, 300 kms of new Metro routes were approved and another 210 kms became operational.

To ease traveling across the country, a national common mobility card will be introduced. This will enable people to pay for multiple transport charges. This card will run on Rupay and will allow users to pay for bus, toll, parking charges, retail shopping and also to withdraw money.

The finance minister proposed the Reserve Bank of India (RBI) to regulate the housing finance companies. Moreover, PAN and Aadhaar have now been made interchangeable, allowing those who do not have a PAN card, to file IT returns. 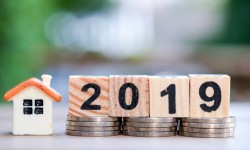 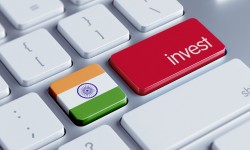