The Municipal Corporation of Gurgaon has decided to auction the 519 properties that it had sealed over a period of time as the owners failed to clear the property tax. About 20 such properties are going under the hammer on August 8.

How To Pay Property Tax Online

The Morena House, the bungalow property at Tony Carmichael Road in Mumbai belonging to steel tycoon Sajjan Jindal, is finally being razed to the ground after the Maharashtra government said it was not a heritage property. A residential tower is proposed to be built on the plot by Jindal's family-owned company, Windsor Residency.

What Is Heritage Property?

The New Delhi Municipal Council (NDMC) has filed a fresh petition to evict the Le Meridian Hotel in the heart of the capital, citing pending charges of over Rs 500 crore. The NDMC cancelled the licence of the hotel on March 2. #RealtyNewsRoundup: UP Gets Cracking To Become RERA Compliant #RealtyNewsRoundUp: 15,000 Noida Homebuyers May Get Possession By Nov 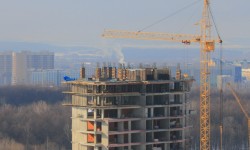