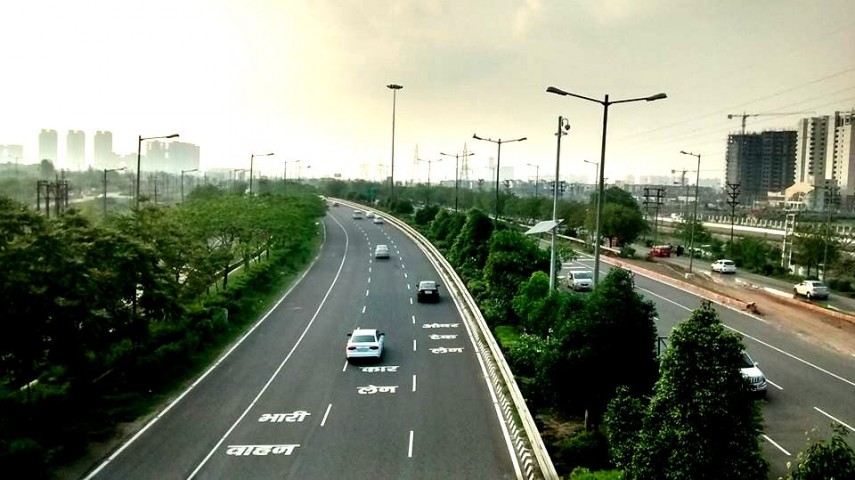 Dwarka Expressway is all set to witness a new high. The National Highways Authority of India (NHAI) plans to improve connectivity between the Delhi-Haryana border and the Basai railway overbridge in Gurgaon, with the introduction of a nine-kilometre flyover, the longest in the National Capital Region. If flyovers in Delhi and its popular vicinity have done realty and traffic great help, here's more.

The story so far

When Dwarka Expressway was first announced, real estate witnessed what you could term a boom. A large number of projects surfaced as prospective homebuyers showed interest in this strategic location, close to the airport. While the expressway was set to be complete in 2010, there have been constant delays as the development authority took time to acquire property from oustees. Now that the NHAI has taken over the 28-km stretch, Haryana Urban Development Authority (HUDA) is set to take possession of the land in Palam Vihar and Kherki Daula to finish the awaited highway in Gurgaon.

Tenders have been invited to build the eight-lane corridor that will pass over the six-lane under-construction main expressway. Around 23-km of the 28-km expressway would be access controlled as confirmed by Udeep Singhal, NHAI Project Director for the Dwarka Expressway while speaking to the media. The existing road would be used for local transport as well as a service lane.

Dwarka Expressway: The story so far

Dwarka Expressway, also known as Northern Peripheral Road, will connect Delhi and Gurgaon making commuting easier for a large number of professionals who make that commute on a daily basis. Constructed under the Public Private Partnership (PPP) model, the route will be completed by June 2017. The expressway has been renamed as National Highway 8A. The demand for apartments in Dwarka Expressway is rising, largely because of the connectivity it offers.

In January 2017, after the Haryana Urban Development Authority held draws of lots for oustees of Dwarka Expressway, it was announced that the expressway stretch from Kherki Daula to New Palam Vihar will be made motorable by March 31. For this, the development authority had acquired property from oustees with original title deeds.

The decision was given a nod by Haryana Chief Minister Manohar Lal Khattar at a meeting held in Chandigarh. It is estimated that nearly 70,000 homebuyers have invested in upcoming real estate projects here. This has led to immense pressure from these buyers as well as the developers.

How is this going to help: Industry speaks

Vineet Relia, Managing Director, SARE Homes says, “The widening of the Dwarka Expressway from six to eight lanes is a great step and will improve the connectivity to the area. With the ongoing construction work, the expressway would be completed soon, thus, benefitting commuters as well as residents in the areas nearby. It will reduce the travel time to a large extent.”

Anupam Varshney, Head, Sales and Marketing, Vatika Limited says, “This is a positive development. The fast completion of the Dwarka Expressway would improve connectivity and reduce travel time, giving a further boost to New Gurgaon. It will strengthen the connectivity and benefit residents living in this part, starting from Vatika India Next and Vatika Express City to Sector 115.”

“Dwarka Expressway is the Expressway to the future. This micro-market is bound to emerge as an important real estate hub in the next one year. The widening of the e-way, combined with the completion of the stretch, is a welcome development and an important step in making this highway fully functional. This will ease access to various sectors and the connectivity gap on the Northern Peripheral Road also will be a thing of the past,” added Pankaj Bansal, Director, M3M Group. Ravish Kapoor, Director, Elan Group too is positive, “It will act as an engine of growth for the construction taking in new Gurgaon area and thereby improving the connectivity to the expressway,” he said.

Also read: Are Expressways The Key To Improving Urban Productivity?