One such system is the city's second-most used public transport network, the Brihanmumbai Electric Supply and Transport (BEST), travelling in which is going to become costlier.

The transport wing of the Brihanmumbai Municipal Corporation (BMC) has proposed a fare hike ranging from Re 1 to Rs 12 on longer routes. The BEST committee, on November 15, voted for a bus fare hike for a distance of over four kilometres, while no hike has been recommended for shorter routes.

The move is aimed at reducing losses the BEST is incurring. Anil Kokil, chairman of the BEST committee, said, "The fare hike is part of our reforms measures which have been taken to serve the larger interest of the transport utility."

The BEST buses run across the island city, its suburbs and also to adjoining Thane and Navi Mumbai. They ferry 30 lakh commuters daily.

While one of the public transportation systems looks at an upgrade, PropGuide gives you a lowdown on the various public transport systems in Mumbai and the real estate pockets they cater to:

In May this year, Mumbai Metropolitan Region Development Authority (MMRDA) had announced an investment of up to Rs 48,000 crore to re-haul the entire rail network by introducing new services, coaches, signalling and equipment.

Here is the fare chart of Mumbai local:

Known to have been dealing with financial crisis for long, the BEST in May this year had to take bank loan to pay its 42,000 employees. A crashing system with old buses, and no profits, the BEST just at the onset of summers withdrew its fleet of air-conditioned buses. The undertaking also plans to bring down the number of buses to 3,500 from 3,758. It is looking to cancel about 150 bus routes.

A recent move of hike in fares could be a saviour as profitability is the major concern for the undertaking, making it unable for it to even pay its employees. A suggestion of having a dedicated bus lane could help the system to deliver faster services allowing commuters to come back to this system.

The newest addition to the Mumbai's transport system, Metro is fast becoming a choice of transport for many travelling to and from the city suburbs. The first line of this system became operational in June, 2014, and the project once completed will have eight such lines. There will be a total of 169 stations. The various lines of the Metro network are designed so that they connect the city centres to suburbs and also, are moving to the real estate hotspots of the city. This network is expected to boost the market of emerging real estate markets, too. Read here how the Metro will have a positive impact on some of the real estate pockets. 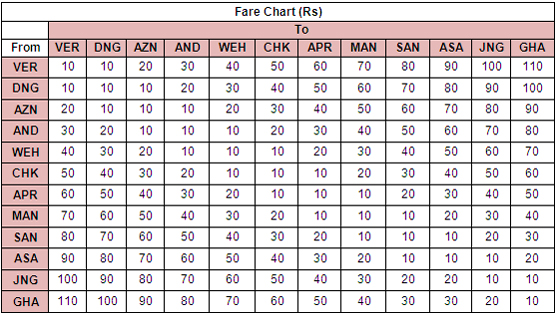 Another ambitious transportation project, Monorail has one operational phase. This phase is 8.8 kms long and goes from Chembur to Wadala. The project is expanding still and the second phase of the project is likely to become operational soon. This transportation system aims to provide easy commute in some of the most congested areas of the city without any traffic woes. Though running in losses, the project is expected to gain momentum once the network is further expanded to other parts of the city.

Further easing the commute for millions, apps have been introduced that help Mumbaikars travel smart. While some apps allow users to track the real-time timings of the local trains and also, Metro, some apps allow you to book tickets online. The aim of these apps is to ease the commuting challenges that the Mumbaikars face on a day-to-day basis. Imagine an app that would tell you about a delay in trains while it pours heavily in the city. One such app is m-Indicator. This app allows the city commuters to know real-time updates on the timetable of locals, the Metro and ferry.

On the other hand, the app named Ridlr, which not only provides real-time updates but also allows the users to book their bus and Metro tickets online.

All of these steps together can make the commute in Mumbai's public transport much easier and hassle-free.