Why Do Indians Walk To Work? Transportation is expensive and time-consuming. As time is money, commute time matters at least as much as transportation costs. (Wikimedia)

With improved transportation networks, population densities of cities across the world have declined over the years. Population density in New York, for instance, saw a decline in the past 100 years. Similarly, from 1650 to 2008, population density in Paris fell from 66,900 people per sq km to 3,640 people per sq km. But, this is not because population in urban areas declined. These cities merely widened their boundaries to accommodate more people over centuries. Paris' boundary, for instance, went up from 6.7 sq km in 1650 to 2,845 sq km in 2008. Before transportation systems came into being, living close to one another was important for people to trade. When mass transportation systems became common, they allowed people to move farther from the epicentre of a city.  The process of cities spreading out is more pronounced in countries such as the US; this is less pronounced in India. A recent census data released by the gistrar General of India show that the number of people who walk to work in India is greater than the number of people who use other forms of transport. This is true of even non-agricultural workers. Data also show that 30 per cent of the non-agricultural workers live close to their workplaces to avoid travelling to work. While 22.6 per cent walk to work, 13.1 per cent bicycle to work, and 12.7 per cent use a moped, scooter or motor cycle, 11.4 per cent use buses, and 3.5 per cent travel by train.  It is alarming why travel by buses and trains is extremely low in a country where population density is exceptionally high.

There are two major factors that prevent people from living far from their workplace: time and money. In Indian context, the cost of commuting is more of a constraint than commute time due to low income levels . According to the World Bank, the affordability of public transport in Indian cities like Mumbai, Delhi, Ahmedabad and Bengaluru is much lower than it is in Hong Kong, Singapore, New York, Paris or London.   For example, while Mumbai season ticket fares are exceptionally low by global standards (Rs 100 for second class travel for a distance slab of 1-5 km), relative to income levels, it is higher than that of any major city.

This is also a major reason why slum redevelopment schemes and affordable residential projects have not seen much success. Indian cities like Mumbai are implementing some of the largest slum redevelopment projects in the world. The current government's mission to build homes for everybody is also one of the most expensive projects in India's history.

Such projects often move people living in slums in the central city to formal dwelling units in the periphery. But, living closer to other people allows the dwellers of such areas to benefit from greater trade and productivity. While they need formal dwelling units, lower transportation costs are as important to them. How can Indian cities do better? 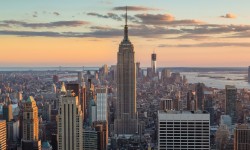 Where Do World's Billionaires Live?

Are Car Ownership And Prosperity Correlated?